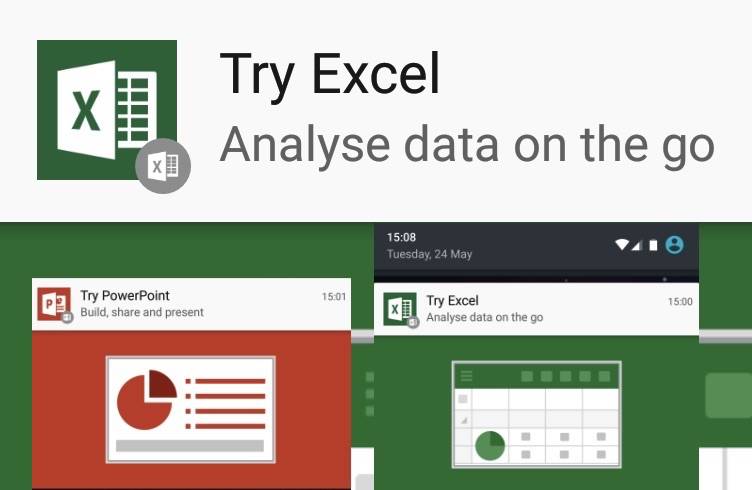 Microsoft has always been welcome to join the Android community. If it’s not, then there would’t be any Android apps developed by the software giant. There may be a few but they wouldn’t be found on the Google Play Store. We’ve come to a point that Microsoft is busy developing Android apps, rolling out new ones or even just the updates left and right. In fact, we earlier made a roundup of Microsoft apps for Android available now on the Google Play Store. We noted there are more than 70 apps but more titles have been added since then.

We appreciate the effort of Microsoft but unfortunately, there are some annoying things that Microsoft has brought to the Android mobile OS.

One Android user noted that Microsoft-developed apps are sending notifications. Thom Holwerda of OS News noted that on his Nexus 6P, he receives ads for Microsoft products. Ads are fine but mostly, they are about apps the user has already installed on his smartphone like PowerPoint, Excel, and Word. The ads are sent in the notification tray even if though it’s prohibited. Google Play Store rules say it’s not allowed so this issue comes as a wonder.

It’s annoying that ads are being shown for products he already paid for. Holwerda said that it is pointless and we agree. To him, there is no excuse why Microsoft should be doing it. Google and Apple are careful enough not to show ads especially when not allowed so it really is senseless and a waste of time for Microsoft to be doing this move.

We hope to hear soon from Microsoft about the subject or maybe just remove them completely. It doesn’t matter when or how, we hope those ads go away.