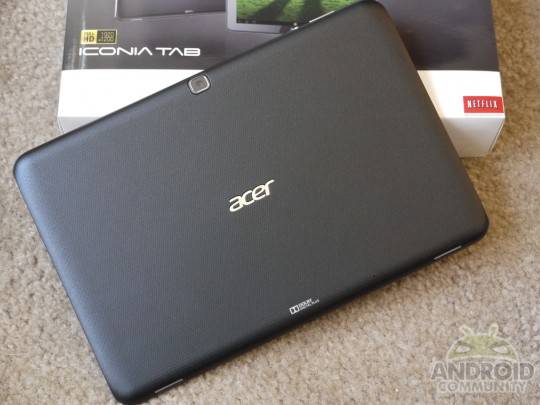 The next wave of true HD is arriving with tablets breaking out past the 1080p HD level and reaching into WQHD, or as some say, Retina display. Today we’re seeing some benchmark results that have revealed Acer‘s upcoming 2560×1440 HD display, complete with NVIDIA’s quad-core Tegra 4 processor under the hood. Sounds impressive right?

We haven’t heard much from Acer so far this year, save for a few budget tablets shown off earlier this year. NVIDIA’s upcoming Tegra 4 quad-core also hasn’t been in the news too much either, as they prepare their wave of processors for the next-gen smartphones and tablets. However, Acer might have one beast of an Android device in the works.

At Computex the folks from ASUS announced a Tegra 4 and ‘Retina’ display Transformer Pad Infinity, and now it looks like it will have some stiff competition from Acer. If the leaked benchmarks revealed today are to be believed. According to NotebookItalia that’s exactly what’s coming. 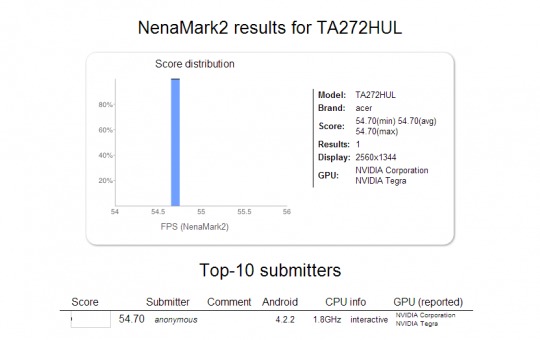 The benchmark result shown above is an unknown Acer tablet running Android 4.2.2 Jelly Bean, and also is powered by NVIDIA’s quad-core Tegra 4 chip. Then you’ll notice not only a hugely high score, but a resolution coming in at 2560 x 1344. The dip is mostly for the on-screen navigation bar. That isn’t all either, there’s another result they’ve dug up and you can see its high score below. 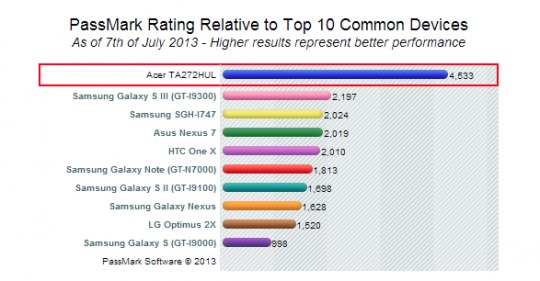 This score you can see the new tablet more than doubling the performance of the Tegra 3 powered Nexus 7, even with a bigger and HD display on board. So clearly this has some serious horsepower. As a reminder, benchmark results don’t mean this device will ever see the light of day on a consumer shelf, but we have a feeling it will. The results are calling it the Acer TA272HUL and we’ll update when we learn more.