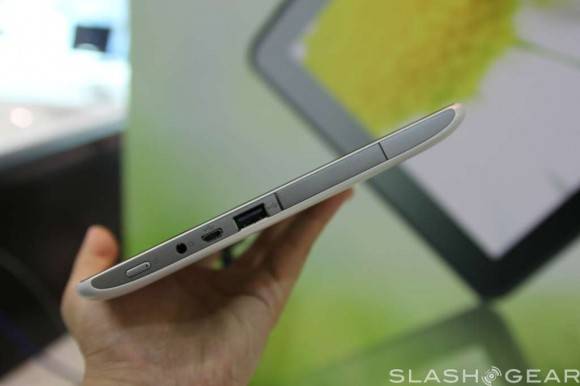 Earlier this year Acer quietly launched the new Iconia Tab A200 dual-core Android 3.2 Honeycomb tablet, then quickly made it one of the first to ICS with an update in February. While we haven’t seen or heard much of it since becoming available, today at Computex they are showing off its bigger and faster brother complete with NVIDIA’s Tegra 3 under the hood.

Acer didn’t show much of the new A210, but we did manage to notice it was complete with basically the same specs as the original other than a few changes. Rocking a 10-inch 1280 x 800 resolution display, 1GB of RAM, and 16GB of internal storage. The differences however is you’ll get the NVIDIA Tegra 3 quad-core 1.2 GHz processor instead of the older dual-core the A200 has. 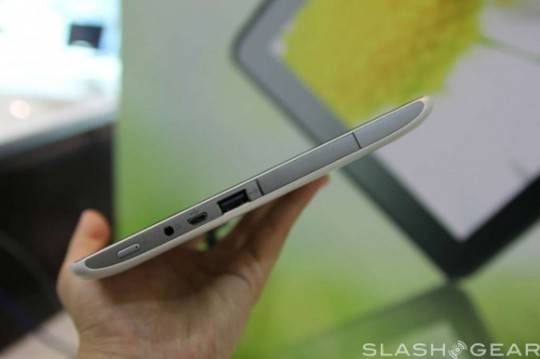 The new A210 will be running on Android 4.0.4 Ice Cream Sandwich, and even support for 3G connectivity. The only problem here is the addition of data support, and a quad-core processor it only comes with a small 3260 mAh battery. The new A210 takes the few things the A200 had wrong and improved them. With it being available for $349 we have a feeling Acer will be aiming for a similar priced market once they release the A210. Stay tuned for additional details from Acer as I’m sure they’ll be officially announcing everything shortly.