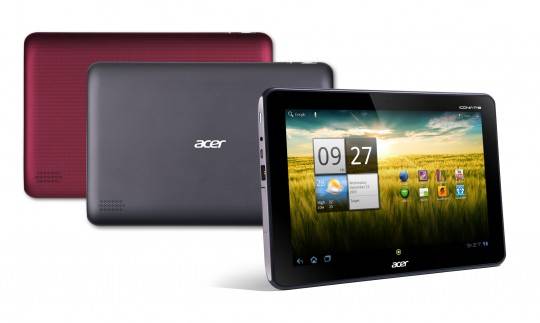 It looks like Acer is up next for Android 4.0 Ice Cream Sandwich. After initially launching the new Iconia A200 tablet last month and promising a quick update to ICS, we can safely say it is finally rolling out today. It’s nice to see them sticking to their promise. Stating the update would come in February — and here it is. Available for download right now.

The update should be hitting tablets right this moment and as you can see from the screenshot below Acer has updated the slate from Honeycomb to Android 4.0.3 Ice Cream Sandwich. Version 4.0.4 that leaked last week was only for the Galaxy Nexus, making the A200 on the latest version officially from Google.

The update brings your tablet to build number Acer_AV041_A200_1.037.00_PA_CUS1 and should only take a few minutes to download and install. As usual the tablet should notify users of an update but you can manually check and get started now. Just go to settings > about tablet > system update and get it started right now. I’m sure many are wondering where this same update is for the older A500 that surely has more owners. Most likely it is coming soon as Acer also promised a timely update for that tablet too.

Give the update a try and sound off in the comment section should you have any problems, or find some special hidden tricks or features.