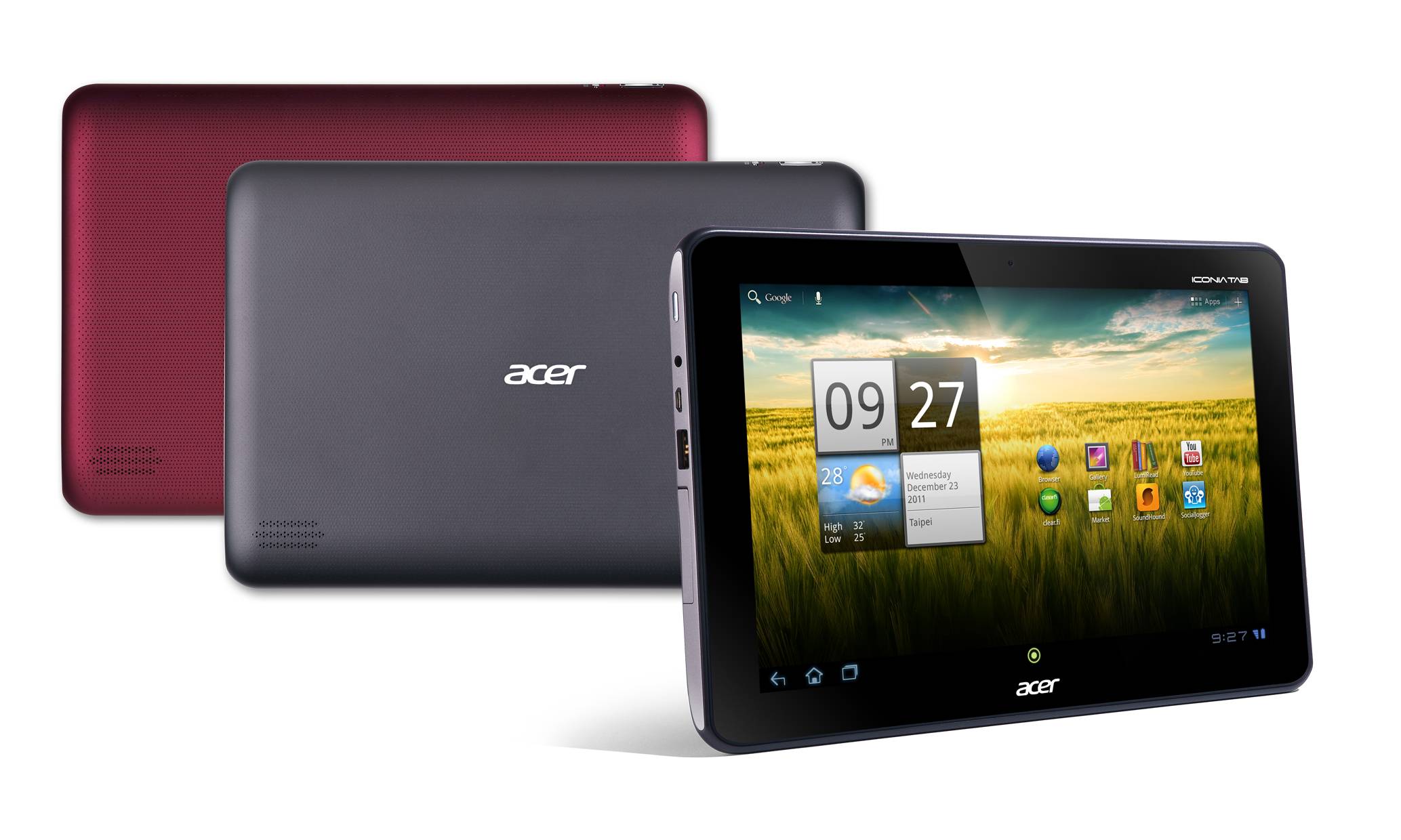 We’ve seen Acer’s modest update to the A500 in some spy shots and at the FCC, but now it’s officially official. The manufacturer announced the new Iconia Tab A200 in a press release, highlighting its dual-core Tegra 2 architecture and full-sized 10-inch frame. No pricing or availability info was released, but you can expect to see the tablet in retailers in various markets before Christmas.

With Ice Cream Sandwich dominating Android headlines, prospective buyers will want to know what software the A200 is running. Knowing this, Acer immediately promised an ICS update in January, though the tablet will ship with an Acer-customized version of Honeycomb. On the hardware side, you get the aformentioned Tegra 2 dual-core processor, a full gig of RAM and a 2-megapixel front-facing camera. Storage wasn’t mentioned, but 16GB seems likely. The back panel comes in red or gray flavors. While there’s no price as of yet, the A200 is likely to replace the A100 at the $400 level.

The specs are a little skimpy for those waiting on the quad-core Tegra 3-powered Transformer Prime. But if you’re looking for screaming processing power at a discount, it might be best to wait – we’ve seen evidence of a high-end tablet from Acer in the future. The unannounced A700 model may have a Tegra 3 processor paired to a jaw-dropping 1920 x 1200 full HD screen. We’ll be keeping an eye out on release info for the former and confirmation on the latter in the next few weeks.