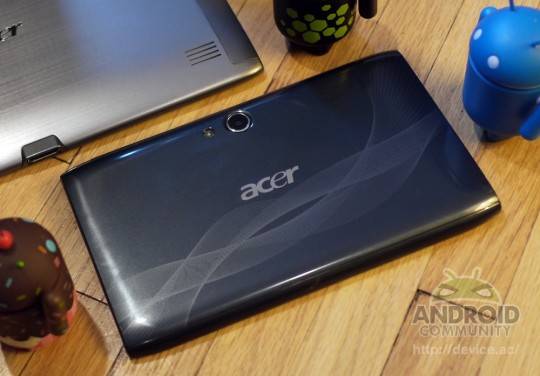 Good news folks, if you’re rocking an Acer Iconia Tab you’ll be receiving the update to Android 4.0.3 Ice Cream Sandwich this week. Acer has confirmed the update should be available for both the Acer A500 and the smaller Iconia A100 starting April 27th, although we are hearing reports of the update rolling out as early as last night.

It appears the update for Acer’s tablet has been rolling out across Europe for a few weeks now, but the US and Canada have been told they’ll have to wait until April 27th like stated above. According to AndroidPolice a few lucky users in Canada received the update last night, so we should be seeing this rollout any time now for the US too.

A build of ICS for the Acer tablet was leaked back in February, but this is the real official version from Acer themselves. We are currently looking for an official changelog or more details but have yet to find anything. If everything goes as planned the update should be arriving for the A500 and A100 on Friday for users in the US, and if you’re lucky it might come sooner. Sources also confirm a small 17MB update will hit after the ICS update, most likely a small bug fixer of some sort.

Have you received ICS on your Acer A100/A500 yet? If so how is everything running?