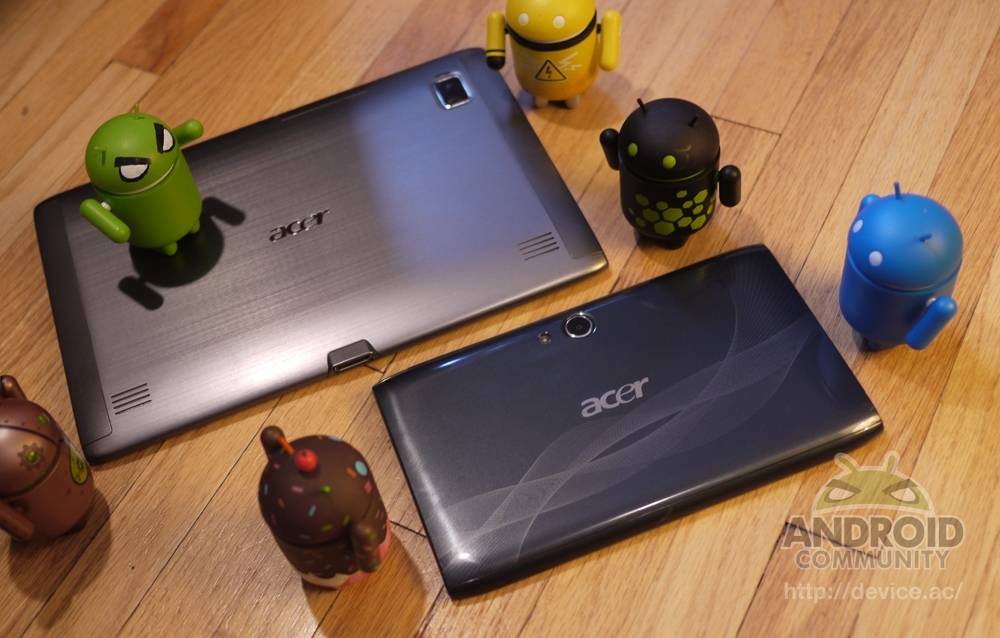 Good news all you Acer tablet lovers. When the A200 started getting Android 4.0 ICS a few weeks back, then we later heard the older more popular A500 and A100 wouldn’t get updated until late April I’m sure a few of you were upset. Good news today comes in the form of the official Android 4.0 ICS builds for both tablets being leaked over on XDA.

Instead of waiting until mid April for official updates you can get some tasty Android 4.0.3 Ice Cream Sandwich right now if you feel like flashing some unofficial builds for your tablet. Both the ACER Iconia Tab A500 and the smaller A100 builds have been leaked and appear to work quite well. No major bugs or issues are being reported although most likely these aren’t the final builds from Acer.

The only problem we see at the moment is you wont have root access after flashing these official but early leaked builds. Most likely they’ll be rooted soon enough but if you don’t want to wait you can try them now from the links provided below. It appears to be early builds that are almost completely stock other than a few color and theme changes. Many of the Acer specific changes aren’t present in these builds. Either way you can use the simple instructions below to flash these, just use caution and do so at your own risk.

1. Rename the provided file to update.zip
2. Copy the file to the root of your external sd card
3. Turn off the device; and press power while holding the volume up button – don’t touch anything until the device reboots itself
4. Voila – you’ve got ICS