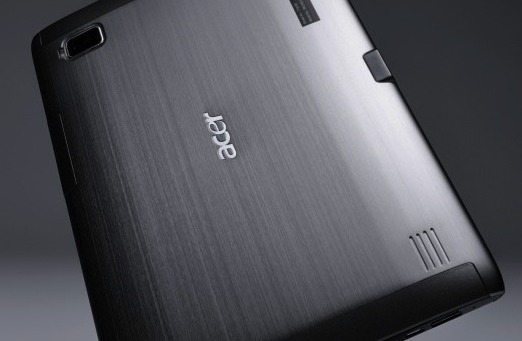 Remember that one time when we had an awesome tablet by the name of Acer Iconia Tab A500 and we totally reviewed it FTW? That fancy bunch over at DigiTimes have done it again with their loose-lipped partners and have revealed the next step AFTER the A500, namely an Oak Trail device, and that means Intel! This tablet will supposedly run Android 3.0 (pointing toward the notion that Android 3.1 wont be rolling out to everyone as fast as predicted,) and that it’ll be a 10-inch tablet retail released in July.

The actual release date being in July means that if this device is real, we’ll be seeing it much sooner. This re-up will be going into direct competition with the ASUS Transformer and the Galaxy Tab 10.1 – thusly it’d better be inexpensive. On the other hand, non-ARM might be the push an Android tablet needs to jump out ahead of the pack. OR perhaps because the general consumer public knows about processors just about as much as they know about space travel, an Intel chip will make no difference at all?

An Inte/Android tablet PC! What a wondrous bit of magnificence that will be! Another slightly less important point is that the same source speaking with DigiTimes noted that Acer is thinking about an Oak Trail MeeGo tablet. MeeGo! What in the world? They’d be better off investing in a Eclair handset than a MeeGo tablet if ye be asking me.