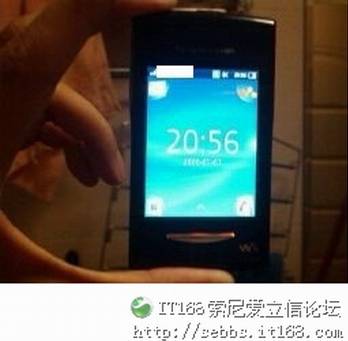 Last week we let you know that there may be a new Walkman by Sony in the works. Today a leaked picture of what could be the new Android powered walkman has surfaced. The rumor said the device will look similar to an X10 Mini and the device in the picture fits that description.

This device in the picture looks strikingly similar to an X10 Mini, the only distinction is the Walkman logo plastered on the device. It appears to be running the same Rachael UI that is found on the X10. This small MID goes by the codename Teacake, the official name is rumored to be the Sony Ericsson W150i.

Early specs have this device running Android 2.1 that isn’t even on any X10 yet. It also has a 2.6-inch QVGA touch screen display and a 5-megapixel camera. Rumors state that Sony will introduce this device next month. Hopefully when they do it includes Wi-Fi, Bluetooth and a microSD slot. These are needed features if Sony hopes to revitalize the Walkman series.