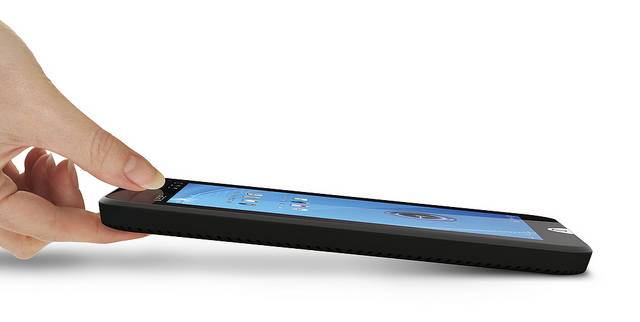 Toshiba has just announced their new Android Honeycomb tablet offering, the Thrive 7″ to go along with its bigger brother. In case the original 10″ Thrive was a bit “large” for some of you the 7″ variety will be much smaller, and thinner. We have plenty of pictures provided nicely by Toshiba so check them out below.

Just like many tablets currently available we have a pretty solid device. Running on what we already suspected and that is the NVIDIA Tegra 2 dual-core processor, with 1GB of RAM and the Thrive 7 will be offered in both 16GB and 32GB flavors. Rocking a 7″ 1280 x 800 Autobrite LED display, dual HD cameras and Android 3.2 Honeycomb powering it all. We’ll get a 5 megapixel around back with LED flash, and 2MP on the front for chatting and more. 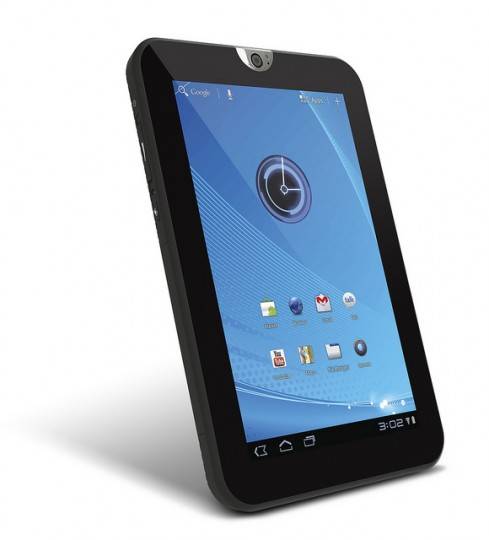 Measuring just .47″ thick and weighing under one pound at .88 lbs the new Thrive 7″ will be portable and powerful while maintaining a slim design. The Thrive 7″ will feature many of the same specs and ports as the bigger 10″ version but micro versions to keep things small, along with the same slip-resistant Easy Grip finish around back. Around the devices built-in ports we have Mini USB, Micro HDMI and a Micro SD card slot, giving consumers plenty of choices for connectivity and options.

One small change is the back is now non-removable and the battery will not be replaceable like the bigger sibling, but I’ll take the thinner package any day — wouldn’t you? The Toshiba Thrive 7″ Tablet will be available mid November well before the holidays although no pricing has been revealed yet. As soon as we hear more we will update with exact dates and pricing. For more information check out the Thrive 7″ product page at Toshiba.com, as well as the full gallery of images below.