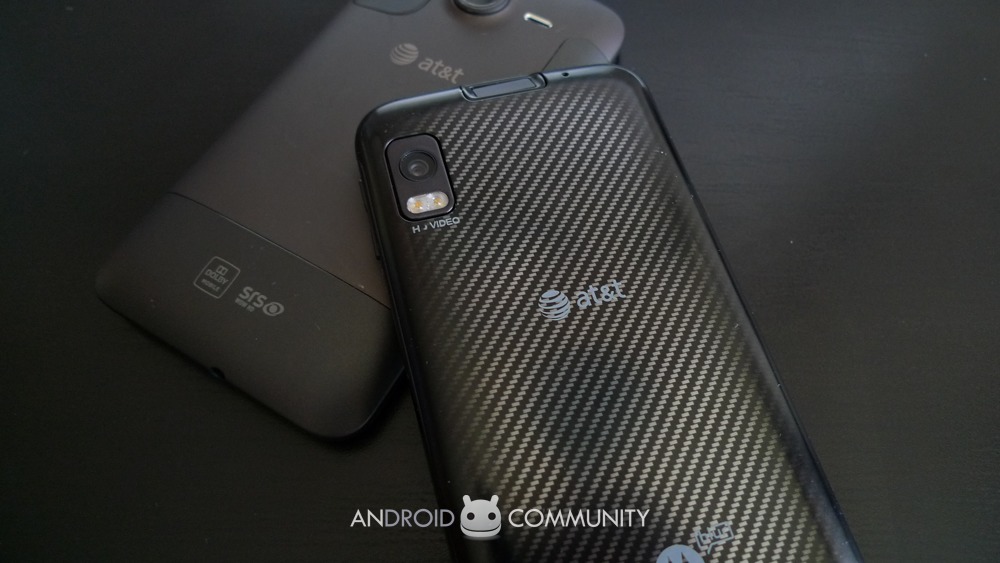 Behold the marketing age, one where paying close enough attention to the bureaus in charge of term definitions can earn you a higher market share and brand throne in consumers’ minds around the world. Case in point: 4G speed. You and I know that the term “4G” means fast – we’re told it means the fastest, the fastest in the whole world! In fact it’s nothing more than a name, the speed at whose definition changes faster than its hypothetical speeds every single day of the year. This post explores the 4G matter in terms of Sprint’s HSPA+ speed network and how it’s working via the HTC Inspire 4G and Motorola ATRIX 4G, both of them out now.

From here on in, only the facts. Texas citizen Keith Geissler very recently owned the brand new Motorola ATRIX 4G. After finding through his own tests that his phone wasn’t delivering the “4G” speeds he felt he was promised, he filed a complaint with the Better Business Buerau. In his complaint, he asked that AT&T “uncap” his data connection.

AT&T responded with assurances that “has not capped the upload speeds on the Atrix,” but that the ATRIX 4G’s HSUPA, the upload piece of the HSPA+ puzzle, aka AT&T’s version of “4G,” would not be enabled until “a later date.” AT&T noted that the same was true of the HTC Inspire 4G, both of these phones eventually capable of reaching 5.5+ Mbps upload speed on HSUPA, both of them appear to be currently maxed out at 300 Kbps.

The group responsible for holding companies responsible for using the term “4G” only when certain speeds have been met is the International Telecommunications Union. This group, the ITU, revised their ruling on what defines 4G network speeds in December of 2010. A portion of that press release, specifically the bit about the definition of 4G, can be found here:

During the coming week, WRS-10 will also focus on progress made in ITU-R Study Groups and provide the latest information on topical issues related to radio standardization and spectrum management.

A highlight of these activities has been the recent decision of the ITU regarding the platform for the next generations of mobile broadband telecommunications, known as IMT-Advanced.

Following a detailed evaluation against stringent technical and operational criteria, ITU has determined that “LTE-Advanced” and “WirelessMAN-Advanced” should be accorded the official designation of IMT-Advanced. As the most advanced technologies currently defined for global wireless mobile broadband communications, IMT-Advanced is considered as “4G”, although it is recognized that this term, while undefined, may also be applied to the forerunners of these technologies, LTE and WiMax, and to other evolved 3G technologies providing a substantial level of improvement in performance and capabilities with respect to the initial third generation systems now deployed. The detailed specifications of the IMT-Advanced technologies will be provided in a new ITU-R Recommendation expected in early 2012.

HSUPA is not enabled on the ATRIX 4G or the Inspire 4G. HSUPA is, on the other hand, enabled on both the iPhone 4 as well as the iPad 2, both of them working on AT&T’s 3G network. Another phone that will launch with HSUPA enabled will be the Samsung Infuse 4G. According to a Facebook leak as well as an AT&T representative speaking with Wired Magazine, “We will be turning HSUPA upload speeds on via a software update to the Motorola ATRIX 4G and HTC Inspire 4G planned for April.” The AT&T explanation for upload speeds so disparate from download speeds on the Inspire 4G and ATRIX 4G has been the following: “network testing and preparation.”

During a press conference at CTIA 2011 in Orlando Florida, Sprint CEO Dan Hesse delivered a speech that included the release of two new devices including the HTC EVO View 4G which will be WiMAX-enabled. Hesse had a catch phrase, a sound byte that stuck with everyone at the conference and, once it was out, everyone who loves to see a good fistfight: he said that Sprint’s 4G was, pointedly, “not faux-G, 4G.”