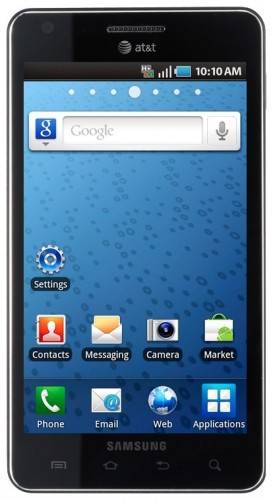 Well it’s official, the AT&T Samsung Infuse is projected to be available in the second quarter of 2011. It will boast a 1.2 Ghz Hummingbird processor and feature the first 4.5in AMOLED Plus screen on any Android device. AMOLED Plus technology will feature 50% more sub-pixels for better outdoor usability. This smartphone is also said to be the thinnest device carried by AT&T.

It will carry an 8MP camera on its rear and 1.3 on its faceplate for video chatting capability. Android 2.2 Froyo will most likely be the version released says AT&T, but with a processor that fast I’m sure it will be rooted and running the latest when finally released.