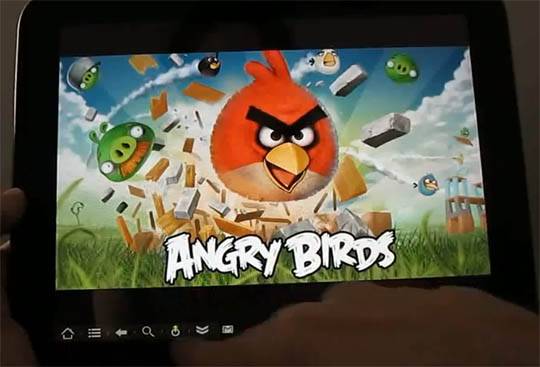 The industrious guys at CyanogenMod have finally released their first version of CM7 for the HP TouchPad, and thrifty geeks all over the Internet are getting in on the action. The little people at Liliputing have put together a 10-minute video showcasing the TouchPad’s Android gaming prowess, and for the most part have come away with good experiences. The odd resolution and general bugginess of the Alpha software diminishes the games somewhat, but everyone should be able to find something fun to play.

The video spans ten popular Android games: Angry Birds (natch), Asphalt 5, Destinia, Dungeon Defenders, Fieldrunners HD, Guitar Hero 5, Pinball Deluxe, Robo Defense, TurboFly 3D, Wixed Lite and Zenonia 3. Most are at least serviceable, and Angry Birds ran like a champ, but Asphalt 5 was the only game that wouldn’t play at all. One of the biggest problems seems to be the TouchPad’s 1024 x 768 resolution, which is not a standard Android screen size.

Keep in mind that all of these are technically running as smartphone games, since CyanogenMod 7 is based on Android Gingerbread. Game compatibility and performance should improve as the CyanogenMod team releases more stable updates. I can’t wait to see what the TouchPad can do when the first Ice Cream Sandwich ports begin coming out.