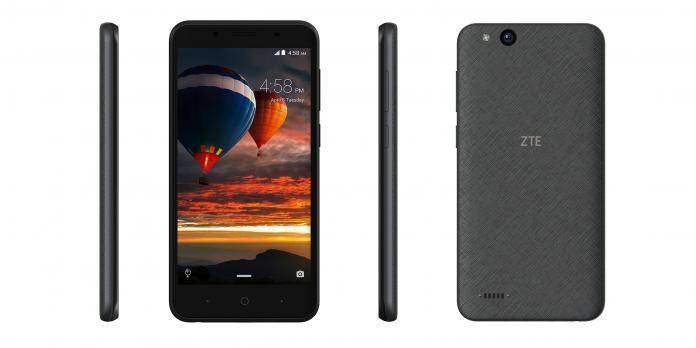 Google has been hyping up their new Android Go platform for those looking for affordable devices that are pretty basic and lightweight, software-wise. But obviously, this is meant for still developing markets and territories that may have slower Internet so we haven’t been seeing new smartphones running on this platform in the US. Now we have the first one with the ZTE Tempo Go, which should be perfect for those looking for a secondary device or if you just prefer to have an entry-level smartphone.

With its price point, don’t go expecting much from the Tempo Go of course. It has a 5-inch screen with a 854 x 480 pixel display and will be powered by a Snapdragon 210 processor. It only has 1GB of RAM and 8GB of internal storage which can be expanded with a micro SD card. Its main camera is at 5MP and the front-facing one is 2MP. It has GSM & CDMA compatibility although it’s not specified what network it can work with.

If you’re not familiar with what Android Go is, it’s a stripped down version of the Android Oreo update and it is meant to run on entry level devices, specifically those that have 512MB to 1GB RAM. Three areas have been optimized in order to run on smartphones that have lower specs and yet still have better quality than if it was running on the regular Android. These areas are the operating system, Google Play Store, and Google apps.

The Tempo Go is now available for purchase on the ZTE online store. It costs only $79 so it should be a good secondary device without having to break the bank.