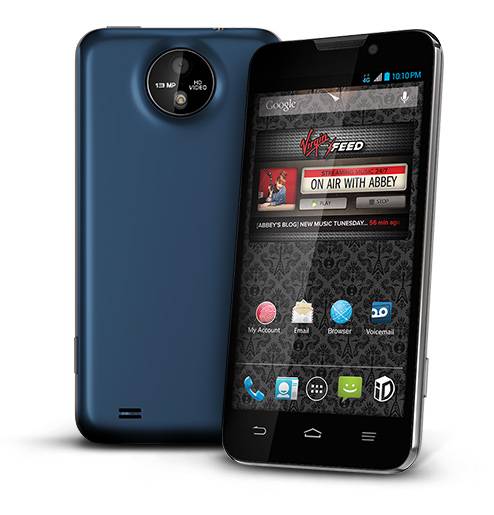 Virgin Mobile has officially launched the Supreme smartphone, which coincidentally, is the second ZTE handset to arrive with the carrier this week. This latest is running Android 4.1 Jelly Bean and with features to include LTE connectivity and a 5-inch display. Virgin Mobile has the ZTE Supreme available beginning today with for use with any of the Beyond Talk plans which began at $35 per month.

Diving a bit deeper with the specs and we find a handset that is powered by a dual-core 1.5GHz processor with a microSD card slot, 2500 mAh battery, WiFi, Bluetooth 4.0 and a 1 megapixel front-facing camera. Flipping over to the backside and users will also find a 13 megapixel rear-facing camera that is capable of recording 1080p HD video.

That all being said, the ZTE Supreme is priced at $299.99. While that may sound higher than expected, you do have to remember that is a contract-free price. With Virgin Mobile there are no long term commitments. Touching back on those plans, the $35 per month option includes unlimited messaging and data along with 300 voice minutes per month.

Looking back to earlier in the week, that previous handset was the ZTE Awe which launched with a price of $99.99. The Awe is running Jelly Bean and sporting a 4-inch display with 5 megapixel rear-facing camera and 3G connectivity.