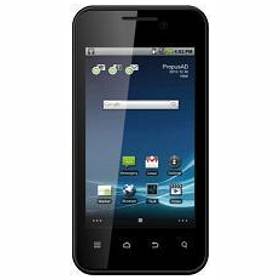 You’ve read these stories before: a previously unknown Android phone has been revealed from its certification listings. This time it’s both the WiFi and Bluetooth certification authorities, and the company asking for its papers is Chinese manufacturer ZTE. There’s just one puzzling thing about this phone: it’s been given the official moniker “ZTE Optimus Barcelona”. Say what?

If you’re wondering why that’s puzzling, let us break it down for you: “Optimus” is the family name given to pretty much every single Android device from LG, one of ZTE’s rivals form South Korea. Every Android-powered phone we’ve seen from LG, with the notable exception of those devices produced in partnership with PRADA, have used “Optimus” somewhere in the title. They appear to be big fans of the Autobots over at LG.

To say that LG would have a problem with ZTE producing a phone with Optimus in the name would be an understatement. It would be the same story for anyone but Samsung making a phone or tablet with “Galaxy” in the name, or anyone but Apple starting a product with the letter “i”. (Or making a tablet that’s vaguely rectangular. Or using anything remotely resembling a lockscreen. Or selling more than a handful of smartphones. Apple’s litigious, is what I’m saying here.) The “Barcelona” moniker is also strange, since we definitely didn’t see this phone at Mobile World Congress. It may indicate a rebranded release on Orange in the UK.

Using a code name for a phone while it’s still in development is pretty common, and we’d be shocked if this particular device made it to market with its current title. But not half as shocked as ZTE’s lawyers about ten minutes later.