With ZTE having officially unveiled the Nubia Z5 smartphone, the rumor mill has kicked back into effect with details of a slightly larger Nubia branded handset. The latest rumors, which are coming by way of GizChina are calling for a 6.3-inch display. The handset is the Nubia Z7 and the oversized display seems to be only one of the high-end specs.

Keeping with talk of the display, the ZTE Nubia Z7 is said to have a resolution of 2560 x 1440. Yes, 2560 x 1440. Additional, still-rumored-specs include an 8-core 1.4GHz processor, Mali T658 GPU, LTE connectivity and Android 5.0. Of course, while we have yet to see any rumors suggesting a release date, that last bit certainly points towards this handset coming late in the year (at the earliest).

The rumors are also pointing towards the Nubia Z7 as having a 4000 mAh battery, 16 megapixel rear-facing camera and 128GB of internal storage space. All that said, while this would certainly be a really nice handset spec wise, we do remain skeptical considering these are really high-end sounding. 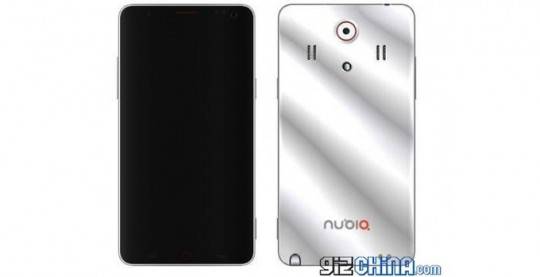 Then again, no telling where smartphones may be at the end of the year. If nothing else, this would almost put the Nubia Z5 to shame and that is a pretty solid handset in terms of specs. Just to give the comparison, the Nubia Z5 has a 5-inch 1080p display with a quad-core 1.5GHz Qualcomm Snapdragon S4 Pro (APQ8064) processor, 2GB of RAM, 32GB of internal storage and a 13 megapixel rear-facing camera.