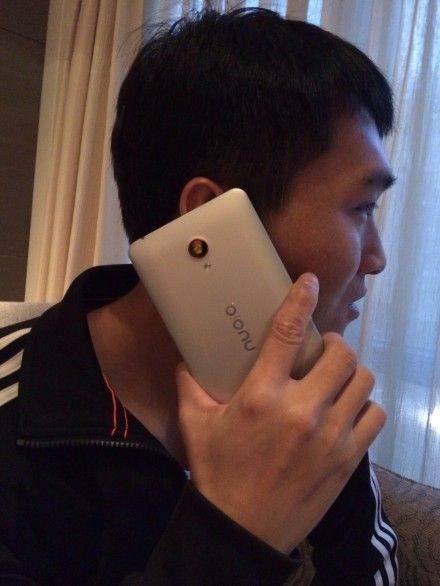 ZTE recently announced the nubia Z5S and Z5S mini, however it looks like there are still some unannounced nubia branded devices. An image of the nubia Z7 has leaked and well, it appears as if ZTE is venturing into the world of oversized smartphones. Details of the handset point towards it arriving with a 6.44-inch 1080p display.

The image was spotted on the Chinese language 3G.cn website, which also revealed the nubia Z7 will be powered by a Snapdragon 800 8974AB processor. Keeping in mind these details have yet to be confirmed by ZTE, there was also word of 128GB of storage and 3GB of RAM along with an Adreno 330 GPU and a 13 megapixel rear-facing camera.

Other details for the camera show it being backside-illuminated, with an f/2.0 aperture and optical image stabilization (OIS). The nubia Z7 is also expected to launch with Android 4.4 Kit Kat and with 4G LTE connectivity.

That all having been said, while an image has leaked and the specs appear to be taking shape — the handset isn’t expected to arrive for a while. Further details coming from this report mention “an expected launch date for next year.”

Aside from leaks of the nubia Z7, the Z5S and Z5S mini were officially announced at an event earlier today. These two will have a 5-inch and 4.7-inch display respectively and while the regular sized model will have a Snapdragon 800 processor (the mini has a Snapdragon 600), they both share many of the same specs including 4G LTE and 3G connectivity as well as 2GB of RAM and options for 16GB or 32GB of internal storage.