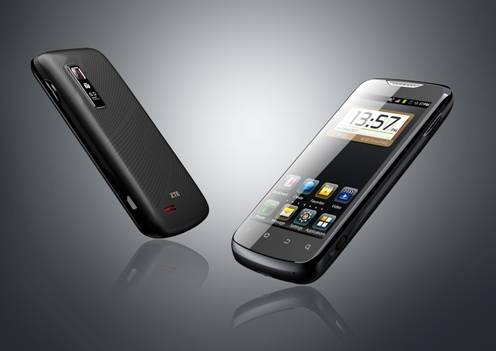 Oh FCC, how we do appreciate you. Without your strict regulation of the airwaves in the Land of the Free, how would we know what wireless goodies are headed our way? Well, leaks, press releases, trade shows and presentation events, just to name a few, but that doesn’t mean we aren’t grateful. The latest goody to sneak out of the Federal Communications Commission is the ZTE N910, a phone last spotted at Mobile World Congress. It’s running a combination of CDMA and LTE bands in its wireless radio, but not the standard ones that Verizon uses. This means it’s probably headed for a smaller regional carrier.

Even so, the N910 is a good indication that LTE is trickling down into the mid-range and low end of the smartphone market. Like 3G and HSPA+ before it, more and more inexpensive phones are jumping on to the LTE bandwagon. The N910 firs pretty squarely in the mid range, with a 800×480 screen, 5 megapixel camera and what looks like a standard skinned version of Gingerbread, but ZTE’s initial press release claimed that it would launch with Ice Cream Sandwich. The phone’s got a 5MP 1080p rear camera and runs on a 1.2Ghz processor of unspecified design.

An FCC filing doesn’t guarantee a US release, but given ZTE’s push into North America and the very specific wireless bands on display, I’d say this one will definitely find a home somewhere in the country sooner rather than later. The manufacturer still hasn’t indicated a price or availability. There’s still no word on the N910’s big brother the PF200, though that one’s only been shown for GSM/LTE networks (like AT&T and most of the LTE-capable carriers in Asia) so far.