The ZTE Blade V9 was first made known to us before last year ended. The phone with an almost bezel-less display would be available soon and was expected to debut in the US with an 18:9 display. The time has come for the phone to be officially launched at the Mobile World Congress. As earlier described, the device comes equipped with a full-screen display and dual camera system that is great even for low light situations. It’s a mid-range phone alright but is packed with premium specs, making this Blade V9 a powerhouse.

ZTE Mobile Devices wants to deliver excellence at such an affordable price of €269 ($330). The dual lens camera setup with 16MP sensors also comes with 6P lens, PDAF 2.0 for faster focus speed by 40%, and larger aperture. The 5.7-inch FHD+ screen with 18:9 aspect ratio makes it ideal for viewing photos, watching videos, playing video games, and browsing the web. A longer display allows for a more efficient browsing and navigation because you can view and do more at once on one screen.

The company has also introduced the ZTE Blade V9 Vita which is a smaller variant. It’s more affordable at only €179 which is about $220 in the US. It boasts a 5.45-inch HD screen, 2GB RAM, 16GB of onboard storage, Qualcomm Snapdragon 435 processor, Dual, 13MP plus 2MP rear-facing cameras, 8MP selfie shooter, micro-USB charging, headphone jack, and a 3200mAh battery. Color options include Black, Blue, Pink, and Dark Blue. Phone already runs Android 8.1 Oreo. 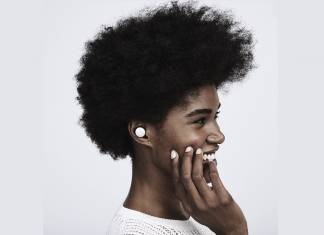