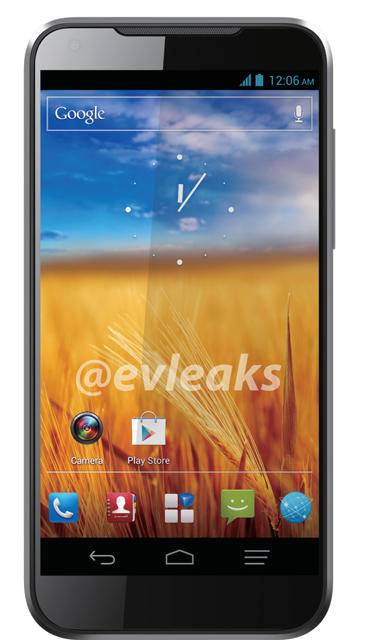 The image below is a new smartphone from the folks at ZTE being called the Grand X Pro. Those guys from the popular Twitter @evleaks have been quite busy this week, and now have released another image for us all to enjoy. This time around we sure don’t have any specs or details, but can clearly see a nice smartphone and on-screen navigation buttons.

The device is the ZTE Grand X Pro, but other than the crisp image that has leaked we have no additional details. No specs, carrier, or anything else for that matter. We do see a neat little volume rocker on the side and that’s about all. Looking at the image on-screen we’re guessing Android 4.0 Ice Cream Sandwich, but could possibly launch with Jelly Bean.

Earlier this year ZTE released the Grand X LTE (see our hands-on) coming with a 4.3-=inch qHD display, dual-core Qualcomm processor, 1GB of RAM and Android 4.0 ICS, so it was pretty mid-range. Being that they’ve named this new unknown device the “Pro” hints at an upgrade of some sort — but again the details aren’t clear at this point.

The guys from @evleaks have been pretty consistent with their awesome level of details and accurate leaks, so we’re assuming we’ll see and hear more about the Grand X Pro very soon. For now all we have to go on is the leaked press image, and will update as soon as we get more information.