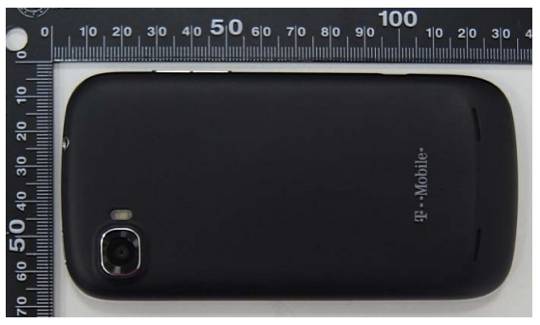 We have yet to see any announcement from T-Mobile, however this recently discovered FCC filing leaves little mystery as to where this handset is heading. In short, it is looking like T-Mobile is going to be bringing the ZTE Grand X to the US market. That said, we have the specs but nothing in terms of when the handset may come available.

Not to mention, not even any rumors suggesting a price point. Anyway, in terms of the Grand X coming to T-Mobile, that was made pretty clear by the carrier branding on the back side of the device. Of course, the filing also confirmed support for the T-Mobile WCDMA 1700 (AWS) network.

Otherwise, the ZTE Grand X feature set includes a 4.3-inch IPS display at 960 x 540, dual-core 1GHz processor, microSD card slot, 1,650 mAh battery and 5 megapixel rear-facing camera. In addition to the few images of the handset (not to mention one of the battery), the FCC filing also included the complete user manual.

The manual didn’t offer all that much new. Of course, that probably comes as little surprise to anyone that has read one of these manuals before. It did mention that the handset would have the Swype keyboard pre-installed though. Moving past the keyboard and into another sort-of perk. The Grand X will arrive running a stock version of Android. That is the good part, the not-so-good part of that includes which version — Ice Cream Sandwich.