First up, the Imperial II is an obvious improvement on its 2013 predecessor the ZTE Imperial – now sporting a bigger 5-inch screen. It’s understandable, however, that ZTE is not able to make this an HD display (only 960×540 max resolution, qHD) as the manufacturer had to skimp somewhere to keep the device cheap enough. 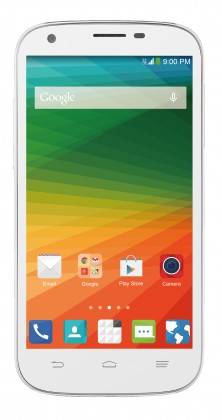 It is powered by a Qualcomm Snapdragon 1.2GHz quad-core processor, probably a Snapdragon 400 SoC, supported by 1GB of RAM. It will have 8GB internal storage, will run on Android 4.4.2 Kitkat, and have a 2,300mAh battery.

This entry-level device will be available for USD$100 off contract. If you can’t pony up that kind of money, then you can take it free on contract. If you need a basic LTE-connected phone, this might be the device for you.