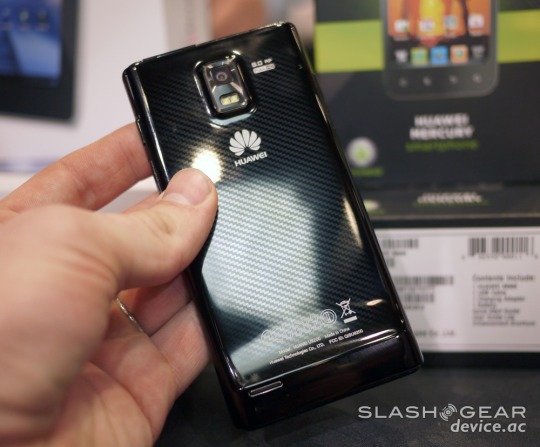 ZTE and Huawei are getting some unwanted and rather negative attention from US lawmakers today in a new report from the House Intelligence Committee. The report, which is the product of an 11 month investigation, is claiming that the two companies could potentially allow the Chinese government to spy on the US. As if that accusation weren’t bad enough, these lawmakers are also urging US businesses to avoiding using hardware sold by either company, and recommends that mergers or acquisitions involving ZTE or Huawei be blocked by the US.

Naturally, such accusations aren’t sitting too well with ZTE and Huawei, especially when both companies are trying to expand their market share in the US. “China has the means, opportunity, and motive to use telecommunications companies for malicious purposes,” the report states, with lawmakers saying that part of the reason they came to this conclusion was because neither company provided enough information to put their worries to rest.

ZTE and Huawei, on the other hand, both insist that they cooperated with the US investigation, with Huawei saying in its reply that “despite our best effort, the Committee appears to have been committed to a predetermined outcome.” ZTE director of global public affairs David Dai Shu said that the company’s hardware is safe, while Huawei spokesperson William Plummer says that the company always adheres to “local laws and regulations in the markets in which it does business.”

China has weighed in on the report as well, saying it hopes “that the US Congress can reject bias, respect the facts and do more to promote China-US economic relations, rather than the opposite.” The House Intelligence Committee, however, seems unconvinced that Huawei and ZTE would act with the United States’ best interests in mind should China ask either of them to use their hardware for surveillance.

The House Intelligence Committee can’t enact any laws on its own, but it will submit this report to both the Department of Homeland Security and the Department of Justice. That being said, this definitely isn’t the last we’ve heard of this controversial report (or the rift its bound to cause in Chinese and American relations), so keep it here at Android Community for more information.