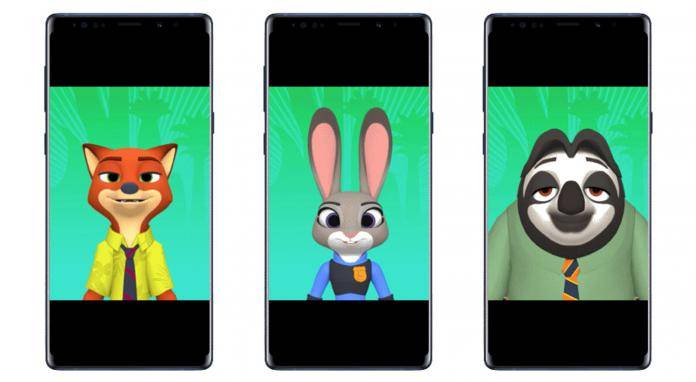 Zootopia is one of those underrated animated movies that doesn’t have a Disney princess but has a lot of life lessons for adults. Oh, and it’s entertaining too! If you’re one of those who loves this movie and you have a Samsung Galaxy S9 or Galaxy S9+ or Galaxy Note 9, you’ll be happy to know that Zootopia-themed augmented reality emojis or AR emojis are now available for your devices. And since AR emojis are apparently making their way to other Samsung devices, more people will now be able to enjoy them as well.

In case it’s the first time you came across the term AR emojis, here’s a short background. Basically it lets you turn yourself into an animated emoji to send to your friends through messaging apps or other apps that lets you do that. While you can create an emoji based on what you actually look like, you can also use other characters that are available to mimic your expressions and gestures. It doesn’t really have any other function for now, except for entertainment.

Samsung has had a pretty good deal with Disney, bringing characters like Mickey Mouse, Donald Duck, characters from Frozen and The Incredibles, to your phone as AR emojis that you can play around with. Zootopia’s main characters, Judy Hopps, Nick Wilde, and Flash can become your new emoji avatars that you can send to friends. AR emojis are supposedly to become available to Galaxy Note 8 as well as Galaxy S8 and Galaxy S8+ soon so more people will be able to enjoy them as well.

To be able to use these new Zootopia characters, open your camera’s AR emoji mode and then tap the + icon on the right. You will then be brought to the Galaxy Apps store and so just tap on the Zootopia AR Emoji pack. Once you finish downloading, you can use any of the three characters to create images, videos or GIFs. You can even pin it on your Always On Display or use it as a video on your lock screen wallpaper.

As to when the AR emojis will be available for other Samsung devices, we don’t have an official announcement yet. But we’ve seen some users already receiving the update so it must be imminent, at least for some markets. Until then, only those with the Galaxy S9 and Galaxy Note 9 will be able to enjoy this.