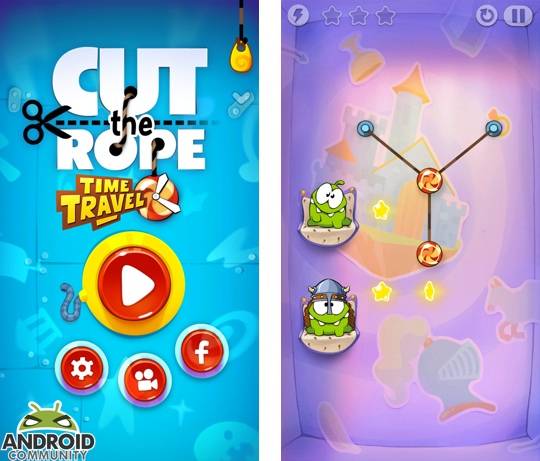 We knew the folks at ZeptoLab had another Cut the Rope themed game in the works. In fact, we had recently seen the teaser and have been expecting this release to arrive as Cut the Rope: Time Travel. Well, the Time Travel game has officially landed in the Google Play Store this morning and as we often find with these games, there are two versions available.

ZeptoLab has released Cut the Rope: Time Travel for free and also in an HD variety. The latter will set you back $0.99. The good part here is that both versions will run on a smartphone or a tablet. Perhaps more important here, what the game will bring. To begin with, those who have played previous Cut the Rope games will feel right at home given Time Travel brings the familiar “physics-based action.”

The premise of the time travel story is that Om Nom finds a time machine and begins to use it in an effort to “discover his roots” while at the same time, he teams up with his candy-chomping family along the way. Otherwise, users will still need to cut the ropes and collect the stars which means they will also be feeding the monsters. Except in Time Travel, there will be two monsters. 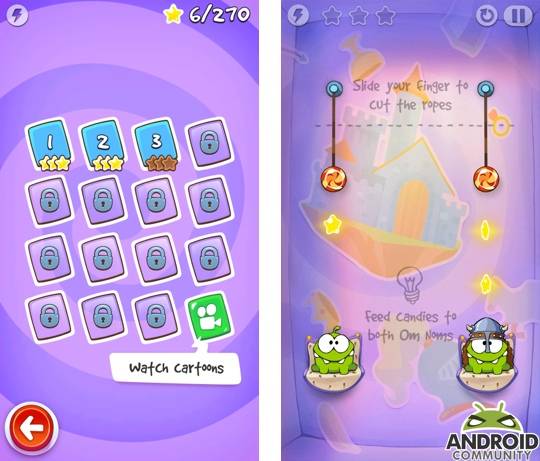 That said, this should be a game that is welcomed by those who enjoyed previous Cut the Rope releases. It may also be a good time for the few who missed out previously to join in on the fun. Basically, it now seems like you have to decide whether to grab the free version or the paid version, which can be found in the Google Play store using these links; free and paid.