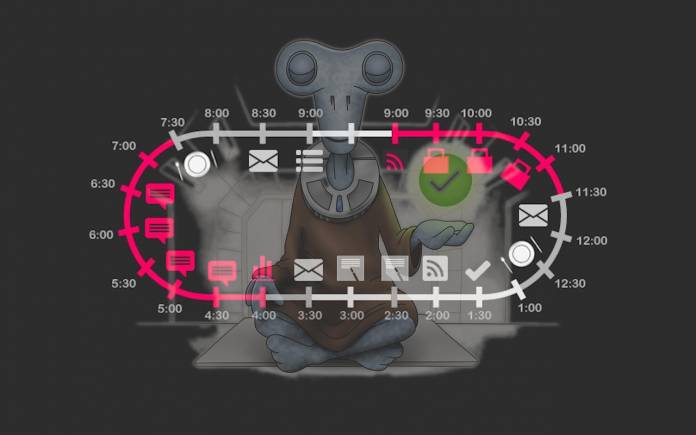 I have been working from home in the digital space since 2006 and very early on, I realized the importance of being mindful of the tasks that I have to do each day, and the amount of time I spend on them. If you break it down, then each day you have to learn to optimize your time by eliminating multi-tasking and reducing distractions.

Trust me, both of these are hard to follow, when you are at home, with a cat, two children, and a hungry tummy. Even before I got acquainted with Wunderlist, I adopted the Pomodoro Technique® Core Process, which is basically a 6-step system that is based on task + reward. Given our attention span and lack of commitment to focused work, this block system encourages you to do assign 25-minutes to the task and then reward yourself with a 5-minute break. Do four tasks at one go, and then take a longer break.

As our team grew, the natural progression was towards apps like Asana and Insightly, however, for personal tasks apps like Wunderlist were used. Given that this app is being phased out, Zenkit To Do and Microsoft To Do are the next best options. Today, we take a look at the Zenkit To Do, which feels like familiar territory for those who have used Wunderlist.

The signing up is smooth and easy; create an account or use your social media channels to get in. If you have been using a task manager before, then the first thing that you should do is to migrate your old account into the new. The transition is easy and takes just a few steps to get your tasks aligned in the new app. What I really liked about the app is that it has customizable backgrounds and the lists are organized exactly like the way you see it in Wunderlist.

The Smart Lists that you can create include Assigned to Me, Starred, Today, Week, All and Done. The tab ‘Inbox’, imports your items from your previous app, but do be mindful if it creates a new list or retains it in the Inbox format.

The user interface is very clean and intuitive, meaning, if you have to create a task, it’s a lot easier than you think. For example, I created a new List called ‘Work’ and toggled into it to add a task and I have the option to share it with other members with the app. You can organize the lists into folders.

The maximum in the free subscription is 20, but the maximum number overall is 2,400. This includes completed and tasks created. To edit or archive the list by going into its settings. Amongst the add-ons is List Themes, Calendar Subscription and Email to List, and require the Plus subscription.

Quite like Wunderlist, the layout and interface feel familiar. Completed tasks rest at the bottom and new ones can be added to the list from the field on top. You can print or email the list, which is a clever thought and of course sharing it with your team. The main list allows you to see the subtasks and the progress of how many tasks have been completed.

If I have to pick a bone with regards to the app, then it’s probably the lack of a widget. You would expect the app to have one. Integration with third-party apps and the capability to handle emails to lists is a feature coming soon to paid members. Smartwatch support, date parsing, tags, etc. are yet pending.

Essentially the features of the Zenkit To Do include Smart Lists, file attachments, comments, reminders, list sharing, folders, subtasks, offline support, user @mentions, and dark mode. Get this app if you need one place to manage and share your workflow and tasks. Or addicted to Wunderlist…