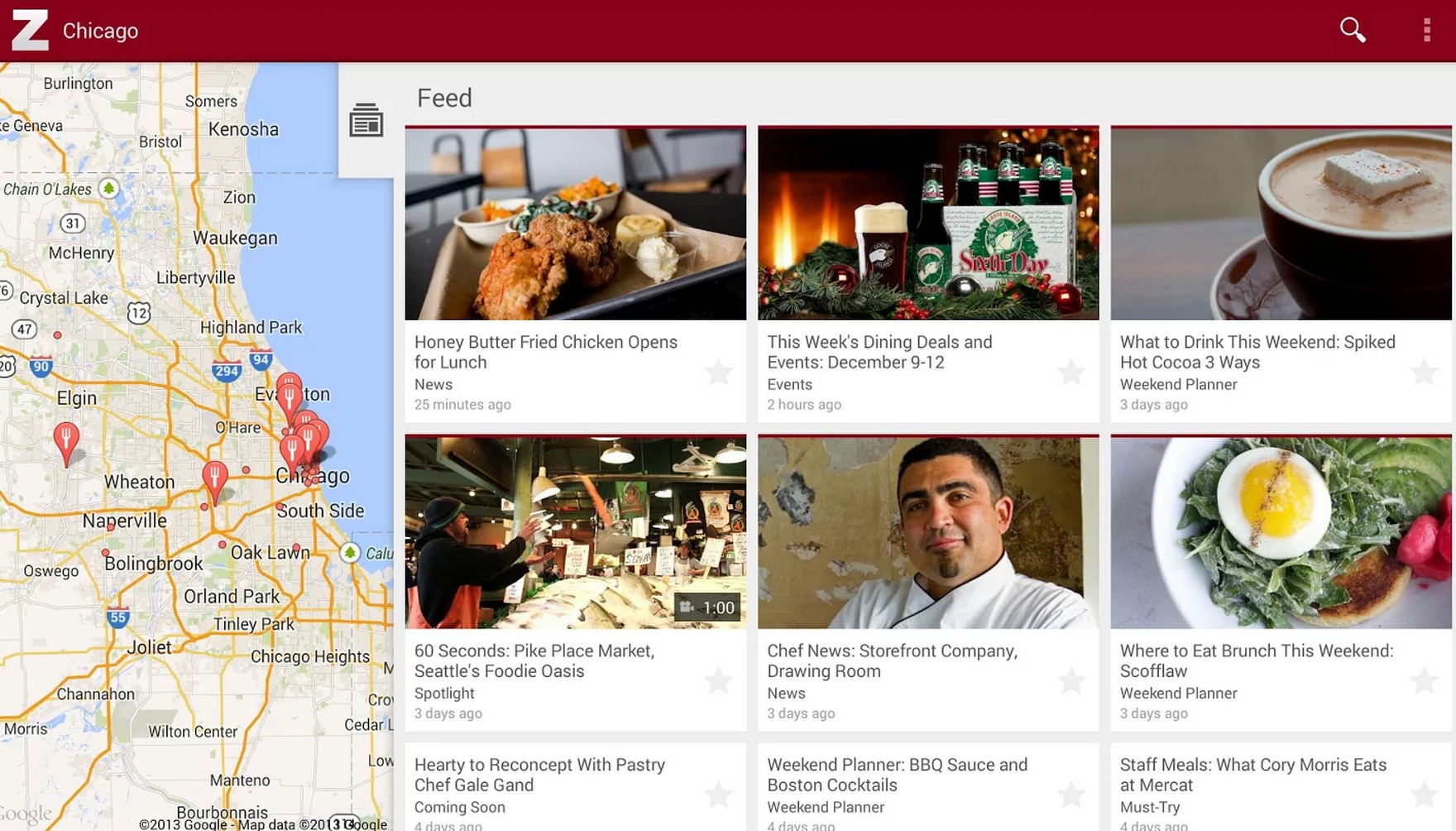 When Google purchased Zagat, they did one smart thing: made it free. We no longer had that pay wall we were used to for Zagat, and Google had an immediate impact on reviews for restaurants. They also diminished the service for some reason, as the app no longer tracked as many locations as it once did. The Android app is seeing an update, bringing a bit more of the lost features back, but not enough.

Zagat for Android has a nice new tablet layout as well, and makes it easier to find reviews and ratings front he home screen. It adds support for Miami, Houston, Long Island, and New Jersey, as well as Street View panoramas. In addition to the restaurant reviews we’ve come to know, the update also allows for shopping and hotel ratings to be seen.

Unfortunately, it still pales in comparison to the likes of Yelp for restaurant reviews. We also prefer an app like hotels.com for comprehensive hotel reviews. Like it has done since being purchased by Google, Zagat is continuing to straddle lines, even in an updated mobile form.

If you think that’s just our opinion, the reviewers of the app are similarly nonplussed. With an average rating of 2.4, Google has some work to do before we can even consider this a download worth keeping. With a floundering app, it seems as though Google is just readying the service to be cobbled into another, which isn’t a bad idea. Zagat gave them a jumpstart on reviews, and programs like City Experts only help.