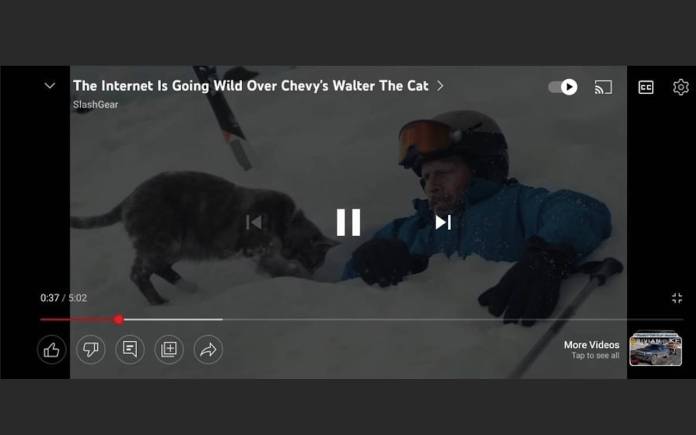 YouTube is making a number of new features and improvements. Just recently, we noted the possibility it will let users loop video chapters. YouTube would also be focusing on user-generated content. There’s that Android TV version finally getting a better playlist UI. A new interface is now ready for the mobile app version. Specifically, the new full-screen player now makes it easier for a use to like or dislike a video, share, and view comments.

Some of you may probably didn’t notice it but the previous version hid those important features. They were placed behind a swipe-up gesture which you can see on the “more section” videos. The updated version of YouTube app now brings those features in front and center as described.

This means the related videos are now placed somewhere in the corner. Do note that such changes will only show when the mobile app is in full screen, landscape orientation. In portrait mode, you won’t notice the improvements.

In landscape, there is now a mode you can easily access to view comments with the video. Just click on the comment button to see them while the video is playing. You can’t do that before so this is a convenient feature.

The updates are available now for both Android and iOS. Check the Google Play Store for the updated version of the YouTube. The features should be applied right away.