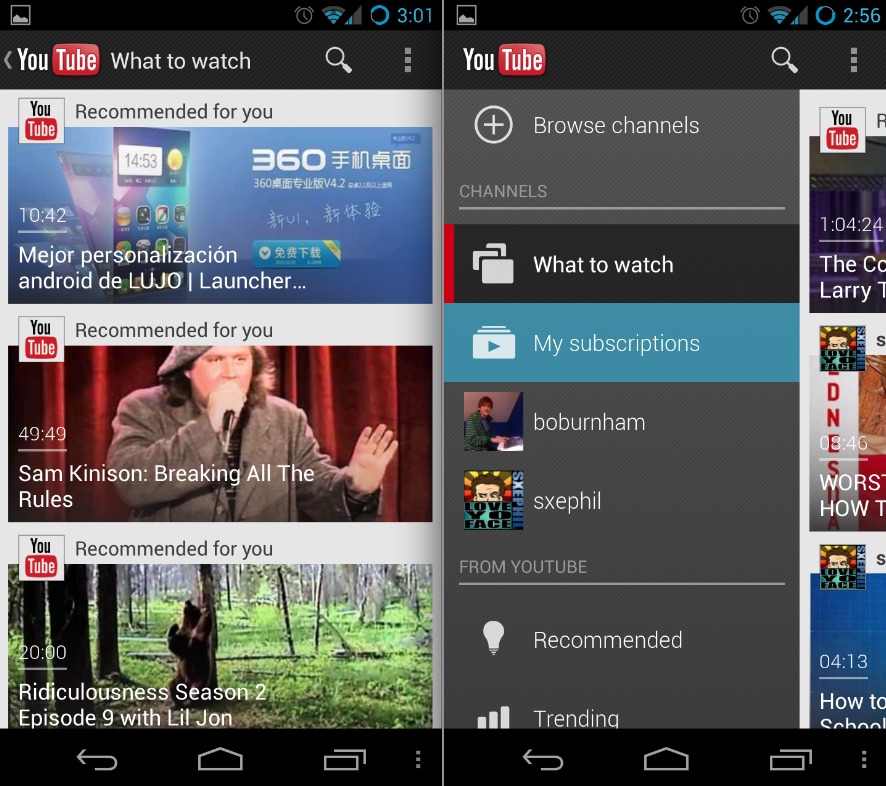 Today isn’t all about Facebook, and we have some details regarding the latest version of YouTube for Android. Today, Google rolled out an update to YouTube that brought a few new features, fixed some pesky bugs, and added more options for content creators to brand their channel and more. For those interested we have the changelog after the break.

Google has added a nice little option in the left sidebar (as shown above) to easily access your ‘My subscriptions’ feed. This allows you to see the most recent videos from all the channels you subscribe to, not just one, or only suggestions from the main page. This should make finding the latest Android Community video even easier if you’re subscribed to our parent channel SlashGear!

Then, for YT channels that have signed up for something called One Channel, which allows creators to better personalize and tweak their YouTube Channel, you’ll now see changes and tweaks right inside the app and more. Then as usual Google states they’ve solved a few more bugs.

The changelog provided above claims a bug that caused accounts to sign out on Android has been fixed, something that was probably irritating for those who had the issue. Then the usual comment of “bug fixes and stability improvements” was thrown in for good measure. It’s a pretty minor update but I’m glad to see the My Subscriptions option get improved. Now be like me and watch some Sam Kinison on YouTube, he’s hilarious. Get it now from the link below.