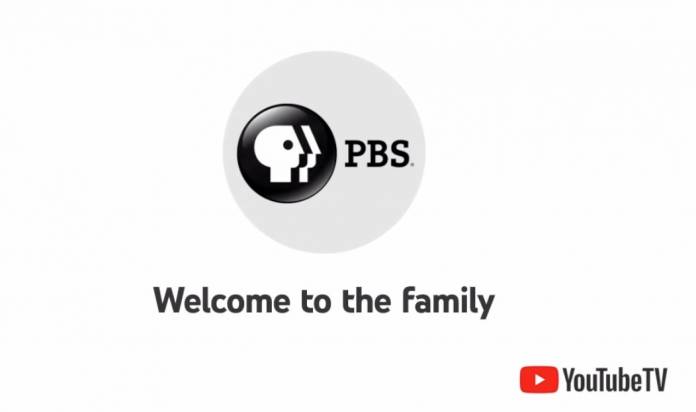 Cord-cutting live TV service YouTube TV already has access to more than 70 networks. But one network that was missing was PBS or the Public Broadcasting Service. In fact, that channel doesn’t stream live in any of the services currently available in the US. But that’s all about to change as YouTube TV announced that they are now adding not just PBS but also PBS Kids to their slate so if you’re a fan of that network, maybe now is the time to sign up for YouTube TV.

This new development was announced by YouTube TV at the ongoing Television Critics Association summer Press tour. They will be able to have access to the entire PBS network, including the 330 member stations that have chosen to participate. This deal also includes PBS Kids and so parents are also rejoicing because Sesame Street among other children’s shows is now available in their subscription.

This is actually the first time that PBS live programs are available to be streamed. Previously, you could only stream some of the episodes of their shows on their own website or through the PBS mobile app. They also had an Amazon Prime Channel PBS Living which had episodes of shows like Antiques Roadshow and This Old House for $2.99/month. But now you can include “live” shows as shown on their channel through the YouTube TV app.

Aside from live TV, you will also be able to access it through the YouTube TV’s Video on Demand (VOD) as well as its unlimited DVR storage service, in case you wanted to save some of the shows for watching later. Through this new partnership, they will be able to reach those viewers that are not subscribing to regular cable anymore and have chosen instead to subscribe to over-the-top TV services like YouTube TV.

And in case you’ve not subscribed yet, you can take it for a spin with their free trial period. Afterwards, you will have to pay $49.99 per month to have access to more than 70 networks as well as an ad-free version of YouTube of course.

We are excited to announce that a new network will be coming to the YouTube TV lineup later this year: @PBS and @PBSKIDS. Welcome to the family! 👏👏👏 pic.twitter.com/AaatKyl0tU