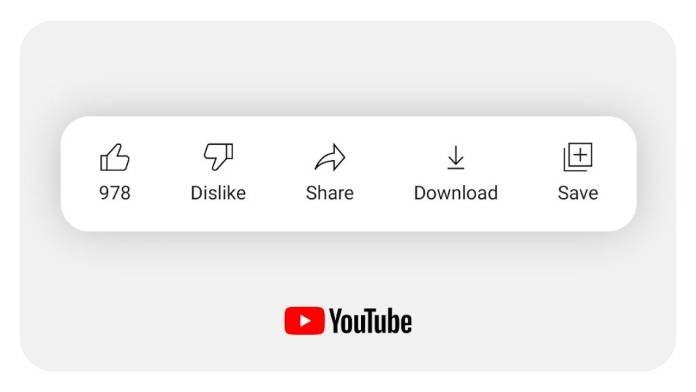 The dislike or the thumbs down button is probably one of the most honest tools that YouTube has introduced. However, it has been constantly weaponized by trolls and targeted campaigns against a specific creator or channel. Google has been trying to experiment on how to still keep the button there and at the same time not make it a tool for toxic negativity that can affect a user’s wellbeing. It looks like the solution they have come up with is to permanently hide the dislike counts from the public.

YouTube has been testing this tweak since early this year as they have hidden the dislike counts for some users. They are now making it a permanent fixture and they have started rolling out this server-side change to more users. The dislike button is still there on the video, right next to its more positive brother, the thumbs up or like button which still shows the counter. But the public will not be able to see anymore how many have tapped the dislike button.

They found out during the testing period that hiding the dislike counts actually led to a “reduction in dislike behavior” as people were less likely to tap the button just to get the dislike count up. While long-time channels and creators are probably used to trolls, it’s actually the smaller and newer ones that are “unfairly targeted” by these attacks, occurring at a higher proportion compared to the channels with more followers.

Creators will still be able to see the dislike counter in the backend of YouTube Studio and there will be no changes to the metrics. For regular users, tapping the dislike button can still fine-tune YouTube’s algorithm and recommendations as you will still be able to view the likes counter. YouTube says that a lot of people may disagree with this decision but they emphasized: “We believe that this is the right thing to do for the platform.”

YouTube also said that they are continually working on making the platform a safer place for creators and protecting them from harassment. Users don’t need to do anything for the dislike counter to disappear as it’s a server-side update but it’s always a good thing to update the app to the latest version.