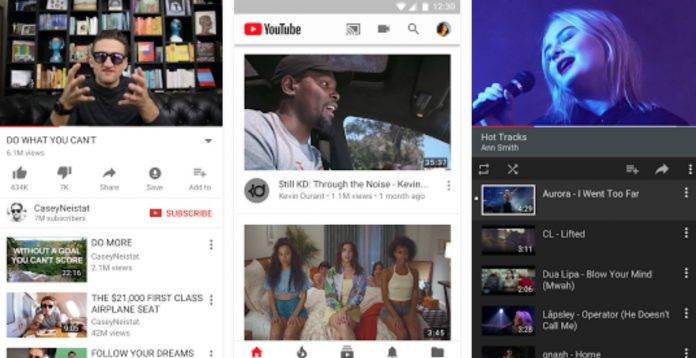 Probably one of the most common complaints about Facebook (and of course there are a lot) is that it autoplays videos on our timeline, and sometimes with audio. While of course there’s a way to remove the sound, it’s still pretty jarring oftentimes, not to mention eats up battery and data. Well, it looks like Google will also be experimenting with auto-playing videos, this time on the YouTube app. The difference is that there will not be sound but instead have overlay subtitles.

Not everyone is seeing this yet on their YouTube apps which means they’re still testing it out and may or may not roll it out eventually. What some users are seeing is that when they scroll through the Home section, the video at the top of the home page will start playing automatically. The good news is that instead of the sound also playing, you have overlay subtitles instead. If you want to actually watch and listen to the video, you’ll have to tap the sound button.

As you scroll through the other videos in your Home feed, the one that was playing will pause and then the next one will automatically play as well. But if you don’t like this happening at all, you can turn the feature off by going to Accounts > Settings > General > Play as you browse. You can toggle it off or choose to have it turn on when you’re connected to Wi-Fi so that your data allowance will not be affected.

If you’re not experiencing this new feature, there’s no way to trigger it, unfortunately or fortunately, depends on how you look at it. And since there’s no announcement yet, this is probably just a test. If you have it, is it a yay or a nay for you?