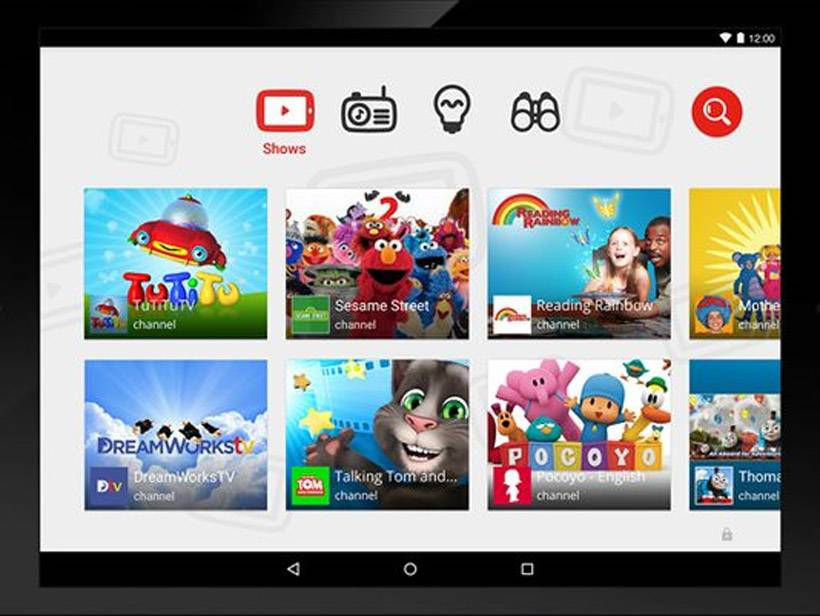 The sheer number of clips on YouTube is astounding and much of the content there is far from appropriate for kids. So far there has been no real way for parents to ensure their kids see only clips they want them to see short of being with them at all times to see what they are watching. Netflix has long had an app just for kids that removes any movie or content not appropriate for children.

YouTube is now following suit and has unveiled a new kid’s app. The app is designed to make sure that kids have access to age appropriate content. The app will be offered at no cost and will launch February 23. To start with YouTube Kids will only be available for Android devices.

YouTube says that the Kids app is the product of months of testing by in-house engineers with kids and third parties. Those third party testers were from firms like Common Sense Media. The result is an app that is very easy for kids to use and removes what is often the most offensive part of many YouTube videos- the comments.

The app also features a parent-controlled timer that will shut the app down after a certain amount of time passes. The app has eight large tiles that dominate the interface highlighting certain popular kid’s shows. There is also an icon for exploring educational content like Khan Academy and others.