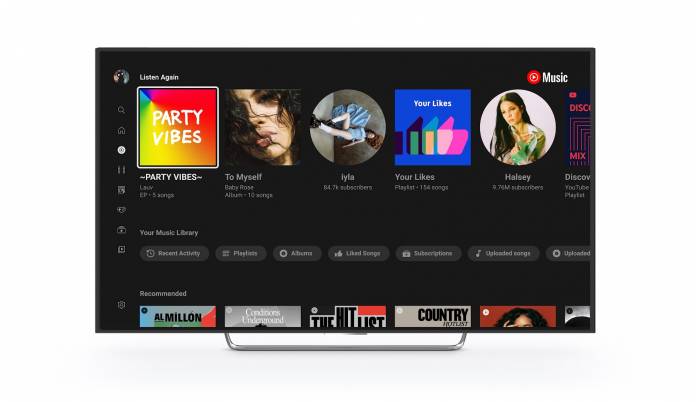 It’s pretty obvious the past few months that Google is hedging all their musical bets on YouTube Music. We already know that it’s set to totally replace Google Play Music and so they’re slowly removing the latter and pushing the former. Soon smart TVs will be able to access only YouTube Music and not the other one so they’re now introducing new features and changes to enhance your music streaming experience on your bigger screens, especially your Android TV-powered devices.

For those that are running on the Android TV OS, you’ll be able to access the songs that you uploaded on the YouTube Music app from your computer. This is one of the Google Play Music features that we’ve been waiting for and now that it’s here, the transition will be even more seamless. You’ll also see a new playback interface with a progress bar as you play the song and the song and artist name as well. There’s also a new YouTube Music row on your Android TV home screen.

Google says they’re working on more features over the next few months. One of the most requested features, letting the music play in the background even after you exit the app, will come soon to the smart TVs, similar to the mobile app. But it will only be for YouTube Music Premium users, so maybe that’s another incentive to spend $12/month for a subscription.

And if you’re still on Google Play Music on your smart TV, it will soon be officially replaced by YouTube Music as the worldwide shut down of GPM has begun or finished in some places. If your smart TV is running on Android TV OS, then you’ll automatically have the app but you can also download it already if you don’t have it yet on your smart TV.