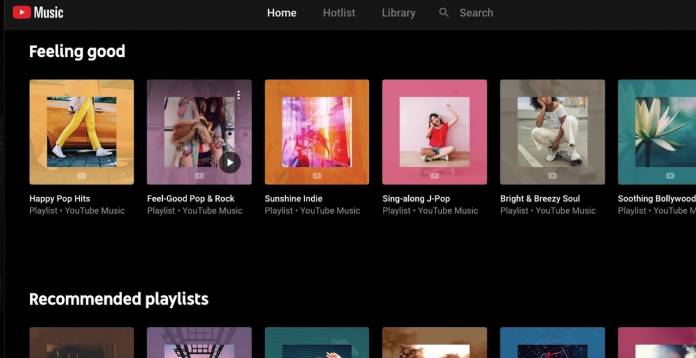 One of the things that probably stopped Google Play Music users from migrating to YouTube Music, despite the imminent discontinuation of the former, is the lack of one major feature: migrating your music files to the app. But now it looks like we’re close to the two apps gaining parity as a support page for YouTube Music now shows instructions on how to add your own music. At first, it wasn’t working but now some “first people” are finally getting the feature to work.

The YouTube Music support page shows two ways to upload music to the app. First, you can just drag your music files to any surface of music.youtube.com. The other way is to go to the site and tap on your profile picture. You’ll see an Upload Music option there once the feature is live for your account. It supports the following file formats: FLAC, M4A, MP3, OGG, and WMA. This should solve the problem of users that have their own collection of music files.

When you’re uploading files, you should see a progress bar to show that the files are indeed uploading. You’ll receive a confirmation message once the upload has finished but it might take some time before it will show up in your library. Unfortunately for mobile users, you cannot upload music from the YouTube Music mobile app. Hopefully, they will fix that soon as some people save their files on their mobile devices.

YouTube Music gives some reminders about music uploads. They say that your uploads will not affect your music recommendations algorithm. Other YouTube Music users will also not be able to access the music you uploaded since only you will be able to play it. Even if you’re not a Premium subscriber, your music will play in the background even if you’re offline and it will not play any ads.

Not all YouTube Music users have this feature enabled for now. It seems to be a server-side update so all you can do is wait for it to go live for your account. Google is hoping Google Play Music users will now start migrating here.