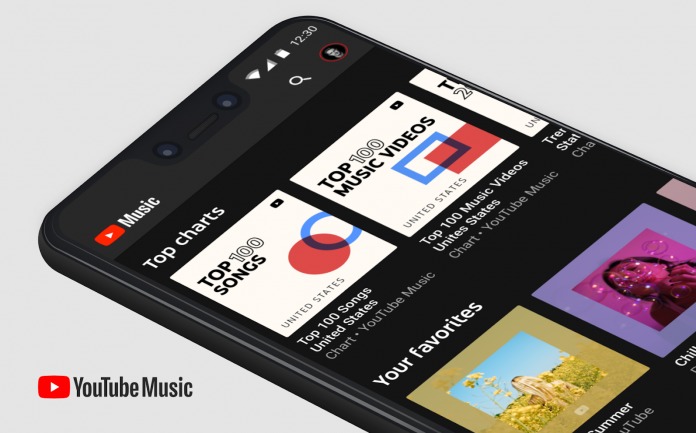 If you’ve been using YouTube Music since it launched earlier this year, you’ll probably be happy with all the updates and new things that they’ll be introducing over the next few months. You want to make sure you’re getting the most out of your $9.99 per month subscription. The latest one will help you keep up with all the latest and most popular musical trends happening. YouTube Charts was previously announced to arrive to the streaming service soon and now it’s finally available in all of the 29 launched markets.

The various YouTube Charts will show you the most-played songs within a particular week as well as the most-viewed music videos or the various trending songs and artists. You will be able to see these charts as playlists on your home screen. You can also search for the charts in case you’re not on your home screen but you still want to find some new music to listen to.

The Charts will be available in all the 29 markets where YouTube Music is available. There will be five different playlists for each of these markets: three will be specific to their country while the other two are global lists. If you want to always be updated when they update these charts, you can add the charts to your library.

The Top 100 Songs chart includes the most played songs on the service both locally and globally. The Top 100 Music Videos obviously is about which music videos have been viewed the most, again both locally and globally. The Top 20 Trending are the localized charts and is updated several times in a day to reflect real-time information about what people are listening to in local markets.

Hopefully, YouTube Music will also be expanding to more markets, especially if they want to be able to compete with the likes of Spotify, Pandora, etc.