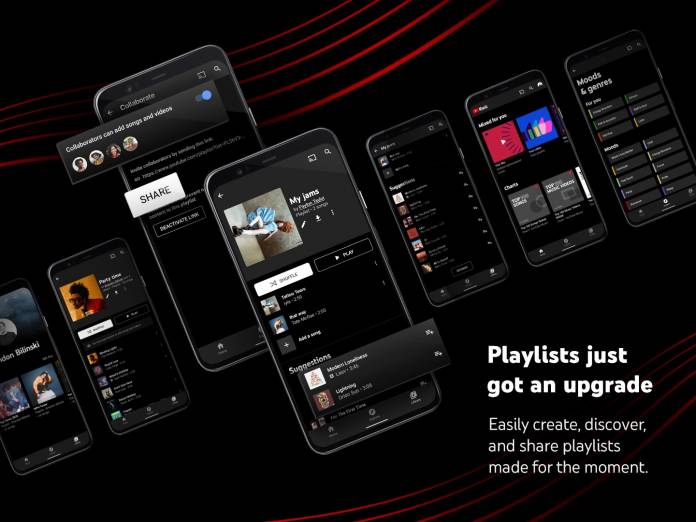 YouTube Music would like you to consider it to be your new music streaming service as an alternative to more popular apps like Spotify, Apple Music. It may be a bit late to the party and it has the ghost of Google Play Music to contend with, but Google is all out in adding features to entice users of the previous music streaming service or those who are looking for something new. The latest is that they’re adding new features to playlist making to give users a better experience when creating them.

Some people enjoy creating playlists while others find it a burden. If you’re the latter, then the Assistive playlist feature will come in handy. Using the power of AI, it will suggest relevant songs based on your playlist name, songs that are already on your playlist, as well as your listening history. When you’re editing that playlist, it will give you up to seven suggestions and if you want more, you can just refresh it to see new ones.

You can also now add people to help you create that playlist through collaborative playlists. Just click on the edit button on your playlist and choose collaborate and toggle on the ability to add songs and videos. Then you can share the link to that particular playlist to friends whose musical tastes you trust. Speaking of musical tastes, you can now look at other people’s public playlists and uploaded music videos in case you need inspiration.

And if you don’t feel like making playlists, it’s okay as they have some personalized playlists ready for you. Again, it uses AI and your listening history to create them. They previously announced these already and now you can see things like Discover Mix, New Release Mix, Your mix, and Liked songs. They also have Mood & Genre playlists like The Hit List, Released, Country Hotlist, On Everything (hiphop), etc.