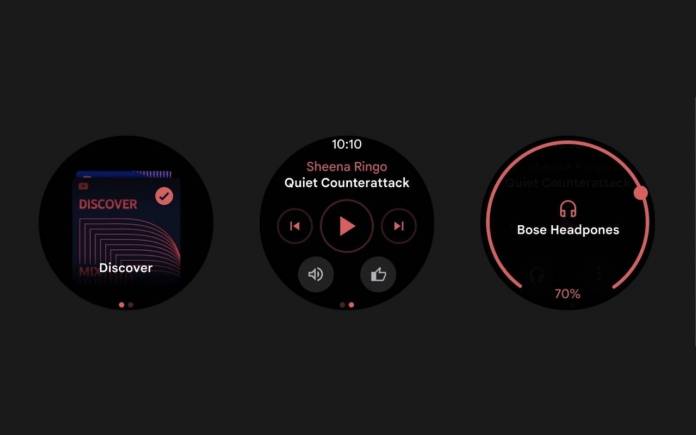 Wear OS 2.0 runs on a number of smartwatches today but it will soon be overshadowed by Wear OS 3.0. Well, it won’t happen quickly because not all devices can run the new Wear OS version. This means Google still has to work on updates on the said version because many wearables today use it. We can expect the tech giant will release software updates. As promised, YouTube Music is ready for more Wear OS devices. The YouTube Music app for Wear OS is ready.

However, it’s not an official solution. One developer managed to port the YouTube Music app to Wear OS 2.0. Alexandru Pop shared what he did. One problem is that the app doesn’t properly fit the smartwatch screen. It works but the UI doesn’t really look perfect on a small screen.

The app may not work as you expect it because it’s only based on a modified version of the YouTube Music app known as YouTube Music Vanced. The developer used this one to bypass most restrictions and use it without having to log in especially if the app has already been tampered with. The dev also sideloaded the TM Vanced and Vanced microG Settings for YouTube Music to work.

Note again that this isn’t an official solution. You can try this method but at your own risk. You may get the instructions HERE.