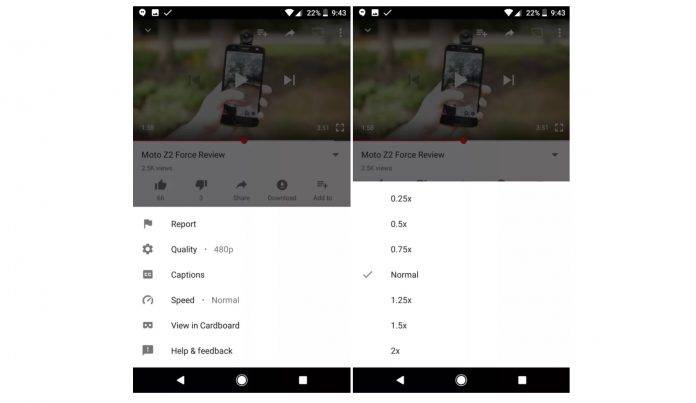 By this time, if you’ve been using Google products for some time, you’ve realized that they like testing out new features on a small number of users before rolling it out to the general public. Well, if they decide to roll it out eventually, that is. YouTube is one of their products that does this a lot, and it looks like they’re testing out something new again. Some users have reported seeing the option to change the video playback speed of the video they’re watching on the app.

YouTube desktop users have this feature for some time now, as they can either slow down or speed up a video they’re watching, for some reason or another. But on the mobile app, it’s another matter. It looks like they’re looking at bringing this feature to your smartphone or tablet now, as some users can find these options, if they’re one of the chosen few. Normally, when you tap on the three dots on the upper right hand corner of the app, you’ll see several things like reporting a video, changing the quality, adding closed-captions, viewing it on Cardboard, and of course the Help and Feedback section.

But now, some users get the option to change the speed of the video if they want to. You can slow it down to speeds of .75x, .5x, or .25x slower than the normal speed or make it 1.25x, 1.5x, or 2x faster than what the uploader intended. The labeled duration of the video however remains the same. 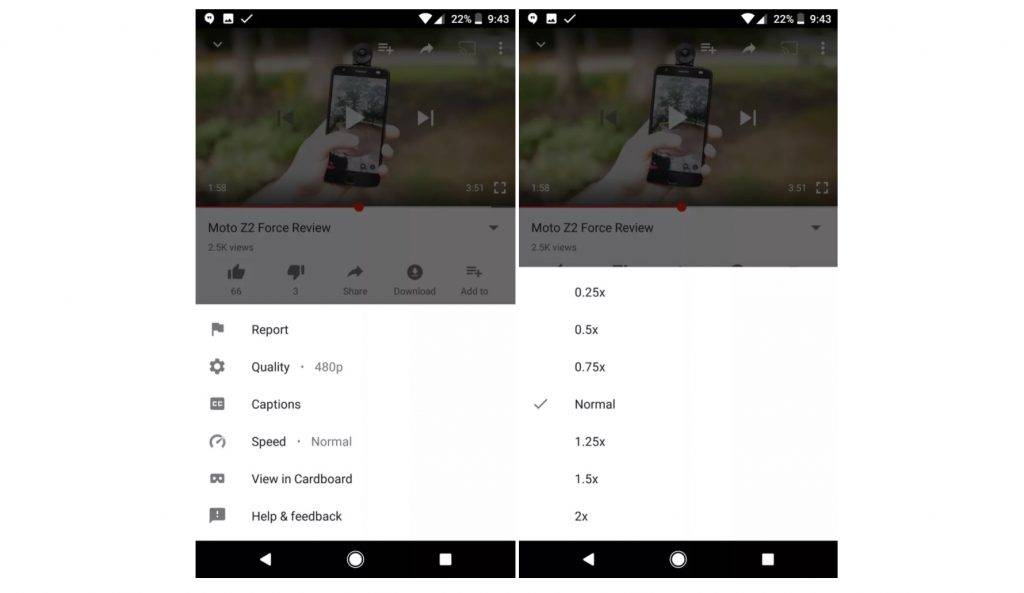 As of now, we don’t know if this feature will actually make it to the next update or if it will even come to light. But if you’re one of the test subjects, try it out and give feedback to Google so they can make it better if they do release it.