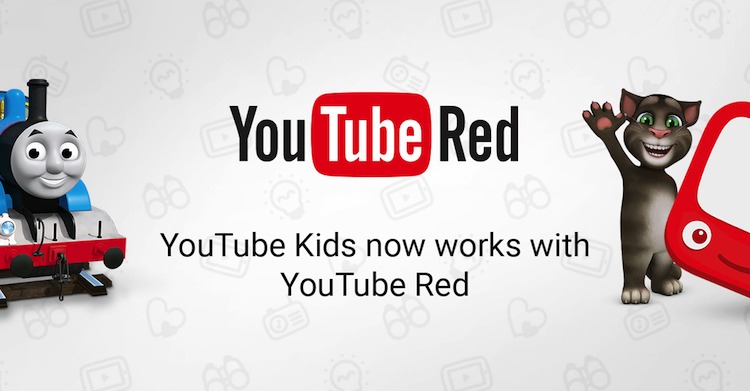 YouTube Red is something a lot of YouTube addicts have been wishing for. It was launched October last year as a paid membership service, doing away with the ads that can be annoying. With YouTube Red, background play, and offline videos are allowed. It comes with benefits that most parents will enjoy especially now that the service already works with YouTube Kids.

The integration of YouTube Red and YouTube Kids means most features of the ‘Red’ can now be found on the Kids app. Google has recently announced that the latter now works with YouTube Red in major markets like New Zealand, Australia, and the United States. Main features like offline videos, uninterrupted music, and ad-free videos are already available on the app.

Without those paid ads, adults and kids alike are free to watch, discover, and learn new things with no interruptions. If you want to save a video for later viewing, you can also save videos that can be accessed even when offline. For the music lovers, YouTube Red allows anyone to play their favorite songs in the background while using other apps.

The YouTube Kids app is available for download from the Google Play Store. If you already have the app, you can use your Red membership with it. If you haven’t signed up already, feel free to get a YouTube Red account and take advantage of the service.

If you’re already on YouTube Kids, note that the app will be receiving some updates in the coming months. Expect more options for customization so you can edit what appears on the interface according to your preference.