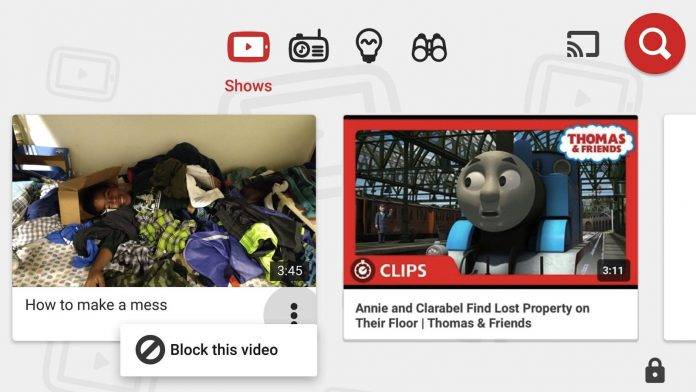 The YouTube Kids app is heaven-sent. Trust me when I say it is one because with the app, you can be worry-free that your children are not watching videos filled with inappropriate content. Actually, it’s sometime’s a challenge to search for videos because of too many filters and limited access. The app has been available for mobile devices for about two years now with millions of people all over the world downloading it.

YouTube Kids apps is currently one of the Top 5 apps in the App Store. On the Google Play Store, it has a consistent 4+ ranking and is one of the most popular apps today. It recently received several enhancement after parents have sent in their feedback and suggestions. Changes are mainly on giving more control to parents especially on how the children watch content on the app.

The update now allows parents to decide on what videos the kids can watch. It’s not about setting filters but rather actually blocking specific channels or videos you don’t want them watching. You don’t just set a time limit. As early as now, block those sources and videos you don’t want your kids to see.

Make sure you are signed in so the app can identify your settings. When you see the 3-dot menu next to a channel or video, you can quickly block certain videos and channels and never worry about the kiddos seeing them. YouTube Kids app will follow your settings across all devices as long as you are signed in. After some time, or maybe when your kids are a bit older and can understand more, you can unblock the restricted content.

The update for YouTube Kids app will be ready in several markets from the US to Canada, New Zealand, Australia, Brazil, Singapore, and Mexico among others.