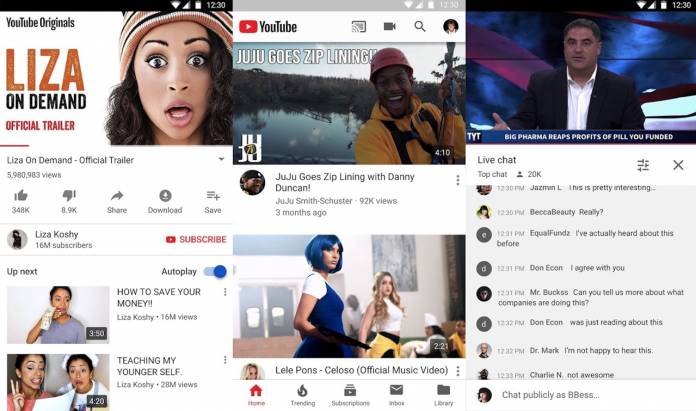 We’re so used to changes in the YouTube app not being reported. Usually, you open YouTube in the morning only to have the app get updated in the evening. It happens so often that we don’t notice that something has changed. The last major change we featured was YouTube bringing changes to recommended videos on Homepage and Up Next. That was only after the video-sharing app added AXS as ticketing partner in artist videos. We remember reporting the app would be coming up with an interactive and choose-your-own type of programs and now it’s getting phone screen live streaming support.

YouTube version 14.31.50 for Android is now ready with live streaming support. This has something to do with YouTube Gaming being discontinued. Google has decided to just focus on the main YouTube app and have the said feature to just be integrated. This way, people don’t get confused between the original YouTube and YouTube Gaming.

The latest update brings the mobile live streaming feature to YouTube. It’s basically the same as used in the YouTube Gaming app. The screencast feature is now present in the regular YouTube but only for Android, at least, for now.

Android devices running Marshmallow or above will have mobile live streaming. One’s YouTube account must be eligible to enjoy live streaming. This also includes a “Verified” channel and with a minimum of 1,000 subscribers. If you qualify, you can take advantage of live streaming not only from the desktop but also from the mobile YouTube app. Note the possible limitations but they’re expected to be ready for most consumers.

If you previously depended on YouTube Gaming, remember that it’s been discontinued since May this year. The stand-alone gaming app has been useful for many gamers who like to share their gameplays. YouTube Gaming users have been redirected to YouTube’s gaming hub. It’s only now that we’re able to enjoy the live streaming feature.

Another update is for the YouTube premium account. It’s now able to do offline downloads in 1080p quality.