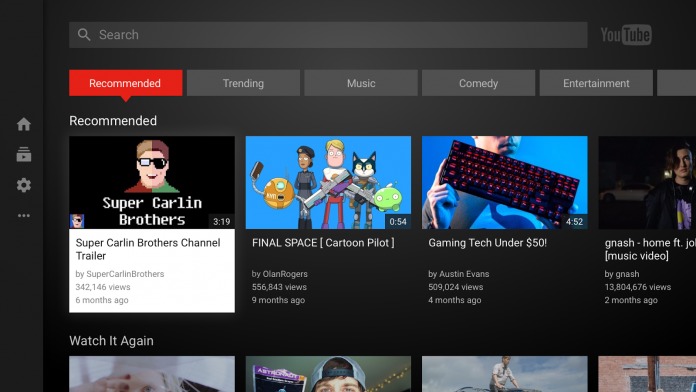 When major updates come to apps and services, you can expect a few grumbles here and there, some warranted, some just because people don’t like change. But this latest version of the YouTube for Android TV, specifically version 2.0, seems to not be the pleasant upgrade people were expecting, based on the comments in the product page. And in this case, their complaints aren’t just because they don’t like the changes but because some functionality of the previous version has been lost.

Cosmetically, the updated version may look better, although some of the complaints is the fact that it’s just a web wrapper for the YouTube on TV web app. It has the same UI and so it’s a bit disorienting given the Material Design of most of the Google apps, even on Android TV. Some users are also saying that since they updated, the app has become slower and there are also some bugs, which we probably expect after major updates.

But probably the most common complaint is that you cannot log in with brand accounts. Only those that are tied to a personal Google+ account can log in to the new YouTube for Android TV app. Google itself, through a Community Manager post, confirmed that as of this time, it isn’t compatible with brand accounts “for the moment”. This probably means it eventually will, but for now, those with brand accounts may be frustrated.

There are some good things about the update, like the ability to browse through different content categories (Music, Comedy, Entertainment, etc) and the auto-play screen. Hopefully, Google will be able to fix these problems so users can go back to watching their YouTube on their Android TV.