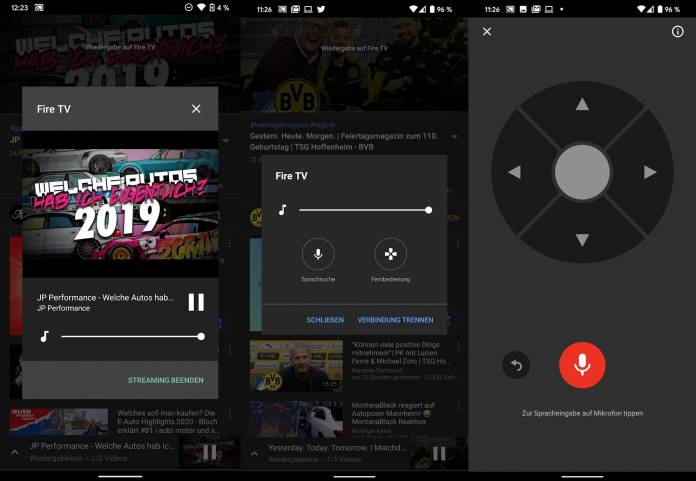 When you cast your YouTube videos to a larger screen or to a smart speaker, it is of course highly convenient but it can also sometimes be a bit annoying. That’s because the casting functionality is limited to thing like pausing or playing and adjusting the volume. But now it looks like they’re adding a few more controls to give you a virtual remote experience from your mobile phone or tablet. This is now rolling out to selected YouTube for Android users with casting abilities.

German site Smartdroid spotted that the latest version of the YouTube app actually has some new things in the casting section. You will now see a directional pad with which you can use to more easily control the app on the bigger screen which is probably a smart TV. There’s also the more convenient voice control functionality, although this isn’t something really new since a lot of devices already have support for this.

With this directional pad, you’ll be able to more easily scroll through the videos, or video thumbnails on the main page. It will also become a bit more easier to turn captions on and off or to choose the playback quality of the video you’re currently watching. You were probably able to do this on your TV’s remote but at least now, you won’t have to switch back and forth between that and your smartphone.

To see this, you will have to press the cast button at the top right of your app. You will then see the new buttons for “remote control” and “voice input” under the volume control. The control pad is pretty simple and intuitive, as per Smartdroid, so the learning curve shouldn’t be that hard. And of course the voice input will let you search for videos through voice commands, which may be the most convenient of all.

This new feature seems to come from a server-side switch. It’s still best of course to update to the latest version of the YouTube for Android app but don’t be disappointed if you don’t see there new control features just yet.