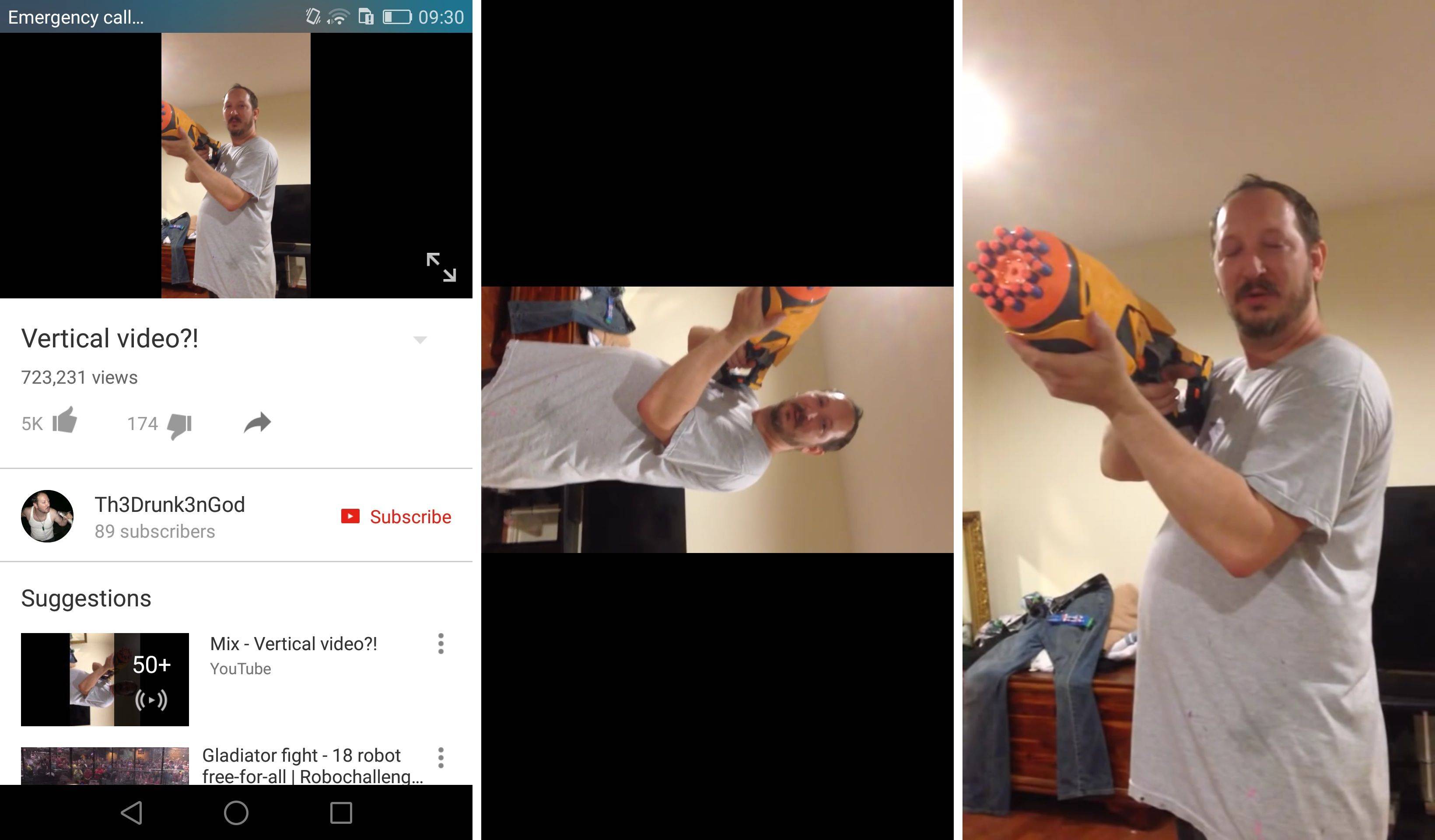 No matter how many video tutorials you put out there, no matter how many strangers you see taking mobile videos the wrong way in public, people will still take videos vertically. Whether it’s stubbornness, laziness, or just plain ignorance, a lot of people still take their videos vertically, even though we all know that horizontal is the right way. Some apps have resorted to just embrace it rather than whine about it. YouTube is the latest one to do so, as its Android app now recognizes and adjusts it accordingly.

But first, for those of you who aren’t convinced that you’re doing it wrong. Our eyes are meant to look at objets naturally from left to right or right to left, because our eyes are placed on a horizontal plane. So when you film something on a vertical mode, and you watch it on a bigger screen (and even on a smaller screen like your smartphone), it is being viewed “unnaturally” and the eyes move up and down. But anyways, like we said, people still continue to do it.

So now, YouTube for Android will not smash your videos to a smaller, horizontal size, when you watch it in full-screen or rotate it 90 degrees. It will now expand your video to fill the display of your smartphone or tablet. Now it will look better watching it that way, that is if you’re on your mobile device. It will still look annoying if you watch vertically taken videos on your laptop, computer monitor, or TV.

In any case, version 10.28 of YouTube for Android is now out, and along with it, the vertical video adjustment. If it’s not on your app yet, then wait a little longer to enjoy watching the videos in its messed-up vertical glory.