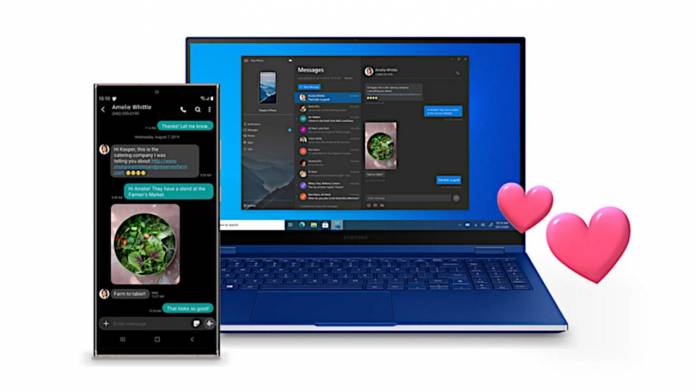 While Microsoft’s Your Phone app has made it easier to integrate Windows with Android devices, most of its best features are exclusive to select Samsung Galaxy phones after the two companies struck a partnership. One of the app’s better features is to give users the ability to run their Android apps on their Windows computers. It looks like this feature at least will be expanding to other devices, or at least other Samsung Galaxy devices that currently don’t have that capability.

Alumia Italia tweeted out that the Your Phone Apps feature will soon be available on other Samsung devices. The screenshot they showed included these smartphones: Galaxy A52, Galaxy A8s, Galaxy A30s, Galaxy A31, and the Galaxy A40. The Galaxy A52 in particular previously supported other Your Phone features but not the apps one. If this rumor is to be believed, it will soon let you run apps on a separate window on your Windows 10 devices.

What it might not have is the ability to run multiple apps at the same time since this is something that was just recently available for premium flagship devices. The Your Phone app has several features that depends on what smartphone you actually have. There’s Link to Windows which lets you transfer files between an Android phone and a Windows devices. This seems to be the most basic and a lot of phones currently have it.

The other feature is Phone Screens which mirrors your smartphone’s screen on your desktop or laptop so you can interact with your phone without having your phone out. The Apps feature and these two discussed are mostly exclusive to Samsung devices since they inked a partnership with Microsoft to have deeper integration exclusive to Galaxy phones. Adding the Apps feature to devices other than flagship ones would be a good bonus for Samsung users.

Expanding to other Samsung devices may just be part of the deal between Microsoft and Samsung. But it may also see the possibility of Your Phone expanding to other OEMs or at least its most basic features.