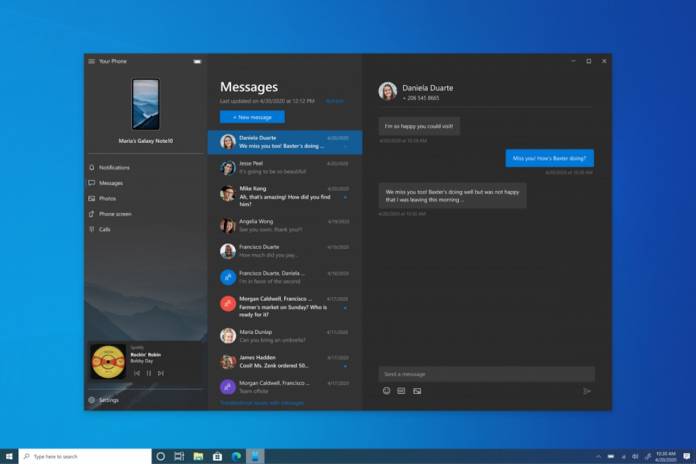 Not everyone is just content with one smartphone and one computer. For whatever reason, whether for work or for play, there are those that have multiple Android smartphones. And if you’re using the Your Phone app on your Windows 10 computer, then it would have been a slight problem if you wanted both of them to be synced. Well that problem will soon be solved as the Windows insider version of the app will be testing a multiple sync feature.

Why would you need to sync both or more phones? Well, it would probably be less distracting if you’re working on your Windows 10 computer to have all notifications, messages, and other things in just one device without having to pick up your phones every once in a while. So Windows is now working on this feature to pair and sync more than one Android smartphone to the app, according to OnMSFT.com.

Your Phone actually has a new Twitter account @MSYourPhone and it was there that they announced they were rolling out multiple sync in preview mode for those who are on Windows Insiders. If you’re using the preview build, just tap on the settings button on the bottom left corner and then click on the “Add a device” button. You’ll get some instructions so you’ll be able to connect your other smartphone to the Your Phone app on your computer.

Once you’ve connected your other phone or phones to the app, you should be able to receive and reply to messages, see notifications, share files, images, and video, and other things that the Your Phone app does with your connected device. We’re not sure how it would look like though, if it’s in just one screen or if you’ll have to switch in between accounts and all that.

If you’re not on the Windows Insisders program, then you’ll probably have to wait a month or so before it rolls out in the stable version of the Your Phone app. Hopefully the user interface would be easy to navigate and less confusing or we might just mix up all our connected smartphones.