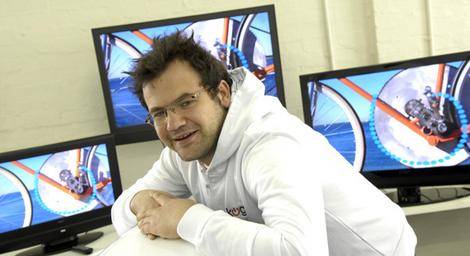 A small consumer electronics maker in Melbourne Australia, who’s specialty is undercutting big brands, has become the first to announce that they will be selling an Android-powered handset in Australia. While the idea doesn’t sound like the most appealing idea to many customers, his track record proves that he knows what he is doing.

Ruslan Kogan, 25 – has been selling cut-priced Kogan-branded TV sets, GPS devices as well as many other electronics on the internet for the past two and a half years. He claims to be offering his Android-powered handset by December 5th for a mere $199. Currently Aussies are purchasing the G1 on Ebay for $1,000, so this is a welcome alternative to many.

No mobile phone manufacturer has yet announced plans to release an Android-powered handset in Australia. Kogan claims his Android-powered handset will be similar to the iPhone including a touch-screen. The phone will have Wi-Fi, Bluetooth, GPS and like the T-Mobile G1 a trackball for easy navigation. Kogan said, “We’ve got a few designs that we can easily choose from. We know the components that’s going to go into the phone.

The private company, Kogan Technologies has made about $8 million last year alone. The company is on track to increase sales by between $15 and $20 million this year. With such substantial growth and Android being quiet till next year, we would not be surprised if Kogan’s Android phone is a hit in Australia. For those of you located in Australia, would you buy a phone from a manufacturer such as this, or spend $1000 on an imported G1?