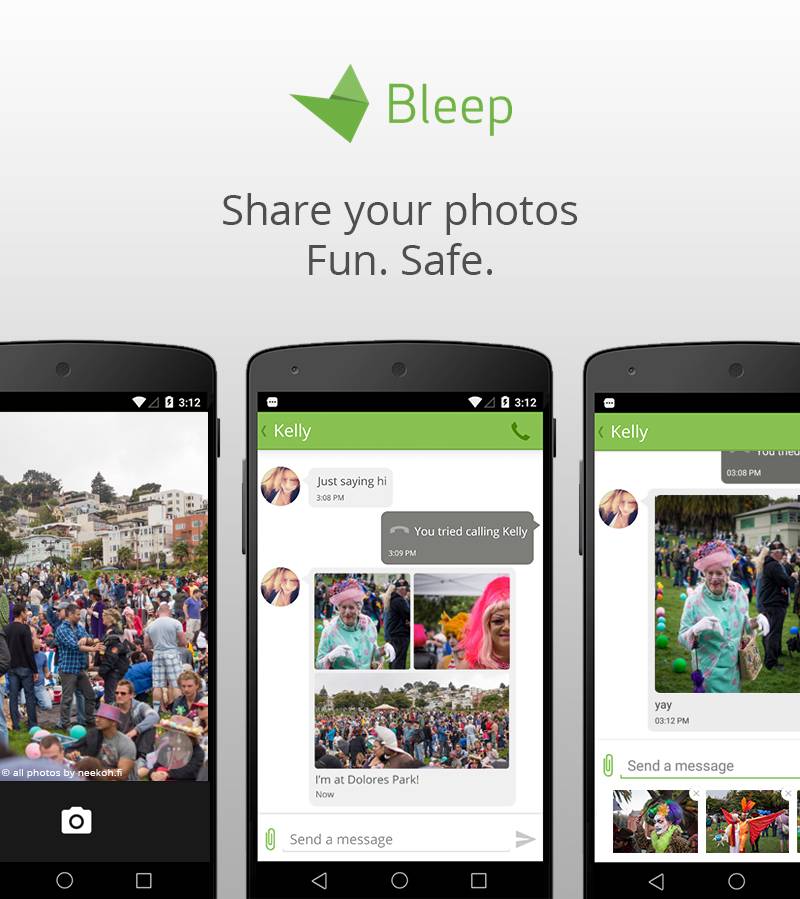 A few months after BitTorrent launched the Alpha version of their messaging app Bleep, we’re finally getting an update. If before you can only send messages and make voice calls to the app, now as promised, you can add exchanging pictures into the equation. There are also a few minor tweaks added, but the app is still in the Alpha mode, although they are already laying the groundwork for the beta version soon.

There are a ton of messaging apps out there, but Bleep differentiates itself by claiming that they use a highly secure technology, unlike those apps (cough, Snapchat) that say your messages are secure and private, but they’re really not. Now, if you want to exchange pictures that you wouldn’t like anyone other than the recipient to ever see (let’s not talk about what kind of pictures they are), then you can send it through Bleep. The data will not pass through a server, but through and encrypted decentralized communication line. Sounds like it’s from an espionage thriller, but BitTorrent claims it’s true.

The update lets you send and receive a single photo or even a collection of photos, but only the Android platform has that capability. Windows and Mac are still on receive-only mode, but eventually that will change of course. Other minor tweaks include improvements on both data and battery usage, a better onboarding process for new users, and the usual bug fixes.

If you haven’t entered the world of Bleep yet, you can download it for free from the Google Play Store. Just remember that it is still on beta mode so it might still not work as perfectly as you’d want, so better give them feedback as well.